The release of Tesla’s first affordable electric vehicle, the Model 3, marks a milestone in the EV industry that could shave off 300,000 barrels per day in gasoline demand in the U.S. by 2035, according to a report by Wood Mackenzie.

According to the research company’s analysts, the Model 3, based on the success of the Model S, and “the huge number of preorders” for the new car (around 400,000 worldwide), are a guarantee of success and the entrance of EVs into the mainstream, displacing part of the fossil-fuel guzzlers.

According to Tesla, the Model 3 will have a price tag starting at US$35,000 before incentives, will be able to accelerate to 60 mph in under 6 seconds, and will sport a battery capable of taking the car 215 miles before needing a recharge.

Production should start next July, although the date is not set in stone. Still, if indeed Tesla starts making the Model 3 in July, the first deliveries in North America will be made before the year’s end. There has been speculation, based on “hints” from Tesla’s President, Jon McNeill, that some of the new cars will be manufactured in China, which, added to reports that Asian customers will be the first to receive their preordered Tesla Model 3s, suggests that Tesla is far from focusing on its home market above all.

OilPrice.com: Is Russia About To Ruin The Oil Price Revival?

Regarding global EV markets, the lead author of the Wood Mac report, research director Prajit Ghosh, said that “The impact of Model 3 on the larger energy markets will not be in how many Model 3’s Tesla sells but what it has arguably done to spur wider electric-car production.”

This is where the Model 3’s game-changing potential lies, although it hardly makes Tesla itself happy as it means much more intense competition. Still, the company’s home market looks pretty rosy. According to Wood Mac, by 2035, some 12 percent of new car sales in the U.S. will be electric vehicles, a total of 16 million of them. Chances are that many of these will be a Tesla, or even most, depending on how quick its home-turf rivals are to catch up with the leader in the EV segment. 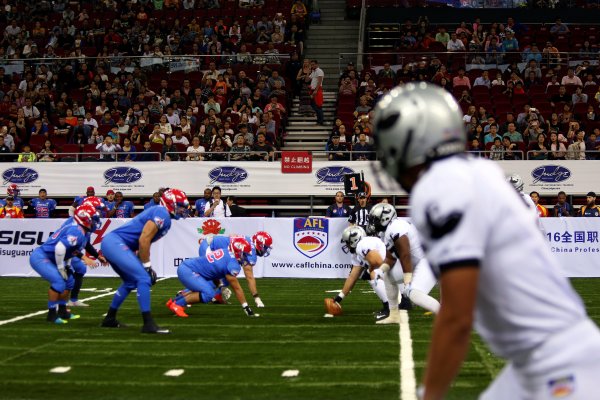 Pro Football Is Coming to China
Next Up: Editor's Pick