A rescue worker who saved an infant buried in rubble by an airstrike in the Syrian city of Idlib this week wept as the baby opened her eyes from inside an ambulance.

The man, a Syrian Civil Defense volunteer named Abu-Kifah, dug through the rubble of a four-story building for hours to reach the baby, CNN reported. Kifah and other rescue volunteers have been nicknamed White Helmets and were nominated for a Nobel Peace Prize this year for saving thousands of civilian lives in Syria.

Video from the scene shows the infant, covered in dust and some blood, reaching toward Kifah as other medics tend to her. Kifah looks up with tears streaming down his and repeats, “Ya Allah,” meaning “Dear God.”

The baby’s family also survived the attack, and she was taken to a nearby hospital, CNN reported. 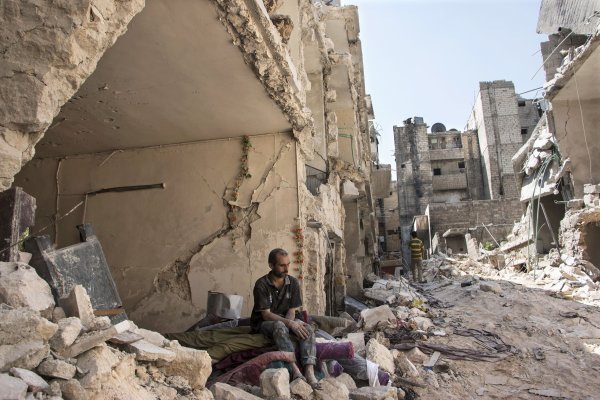 How We See Syria
Next Up: Editor's Pick