Here's What Donald Trump Got Wrong About Mexico's Taxes

After Donald Trump suggested at the presidential debate last week that foreign countries’ value-added tax, or VAT, amounts to a tariff on American companies, the idea appeared, briefly, to gain steam.

“When we sell into Mexico, there’s a tax—automatic, 16 percent, approximately,” Trump said Monday. “When they sell to us, there is no tax.”

The following day, Democratic Rep. Bill Pascrell of New Jersey and Republican Rep. Walter Jones of North Carolina reintroduced a bill, the Border Tax Equity Act, that would require the government to renegotiate the way that VATs are adjusted under World Trade Organization rules.

The problem is Trump’s description of the VAT rebate is just plain wrong, according to most mainstream economists.

Here’s why: A VAT is just a domestic tax on goods and services. It works like a retail sales tax, except instead of a consumer paying it all at once at the end, producers pay it incrementally, every time they “add value” to a commodity.

The U.S. does not have a VAT, but 160 countries—including most of the U.S.’s biggest trading partners—do. Mexico has one, for example. So does Canada, China, India and the European Union.

This is not a new debate, says Gary Clyde Hufbauer, senior fellow at the Peterson Institute for International Economics and former official at the U.S. Treasury, where he worked on these issues in the 1970s. But for decades, the question has been largely put to rest.

One way to think of it, he said, is to consider any other product tax. For example, in the U.S., we impose a spirits sales tax on Kentucky bourbon. When Jack Daniels or Makers Mark sells its bourbon here in the U.S., it pays that U.S. tax. But when those U.S. companies sell their bourbon abroad, they don’t pay the U.S. tax; they pay whatever domestic tax is levied in the country where they’re selling their product.

The same is true on the export side. If a whiskey maker in Scotland wants to import its product to the U.S., it pays same tax that domestic, U.S. whiskey makers pay, Hufbauer explained.

“These aren’t ‘trade barriers’ by any means,” said Eric Toder, a fellow at the Urban Institute and Brookings Institution’s Tax Policy Center, who wrote a blog post on the subject this week. What would be considered a trade barrier, he said is if a country like the U.S. imposed taxes on imported goods and services, without subjecting domestic products to those same fees.

“This isn’t a controversial idea,” Toder said. “It’s not—it’s not really something we debate. I was almost embarrassed to write about it.” 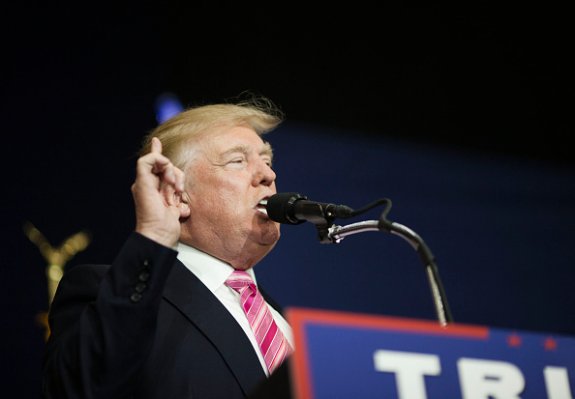