Alicia Machado and Hillary Clinton Fire Back at Donald Trump

Former Miss Universe Alicia Machado called Donald Trump’s remarks about her “slander and lies,” while Hillary Clinton said they were “unhinged” and proof he would be “dangerous” as president.

Early Friday morning, the Republican presidential nominee fired off a series of tweets saying Machado was “disgusting” and a “con” and alleging that she had a “sex tape” and checkered past.

Machado responded with a photo on Instagram mid-morning of her wrapped in an American flag, accompanied by a long caption responding to Trump. She wrote, in Spanish:

Clinton will speak more about Trump’s feud with Machado at a rally later Friday afternoon. 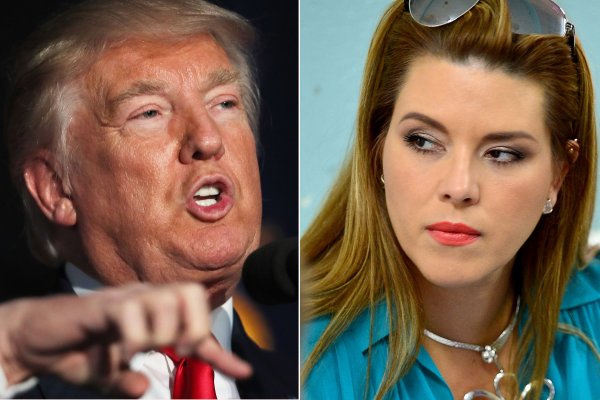