The True Story Behind the 'Deepwater Horizon' Movie

Deepwater Horizon—the new Mark Wahlberg disaster film—has the look and feel of a typical movie in the genre: big explosions, a dramatic score and a hero stepping in to protect the other characters.

But, unlike many films based on true events, Deepwater Horizon actually stays remarkably close to real life. The film chronicles the last moments on the drilling rig for which the movie is named in remarkable detail. That includes both the actions and decisions of humans and a step-by-step depiction of how the rig fell apart in 2010, which led to one of the biggest environmental disasters in human history.

The movie draws heavily from a throughly researched 2010 New York Times article documenting the incident. But, still, the movie’s portrayal is not flawless. Here’s what to know about how the movie approaches the truth.

There’s no question that BP is the bad guy in Deepwater Horizon. The movie opens with BP managers traveling to the Deepwater Horizon drilling rig in an attempt to expedite a project that has fallen more than a month behind at a cost of millions of dollars. (BP owns the well, but the drilling operation is run by a company called Transocean). The BP managers—led by a villainous John Malkovich playing Donald Vidrine—pressure Transocean employees to cut corners on the project. And, when the Transocean employees follow orders, disaster ensues.

That depiction is accurate—but only to an extent. BP received the brunt of the blame for the disaster in the aftermath of the incident. BP created a culture where profit was prioritized over safety, according to federal officials. And, as a result, the company paid a $20 billion settlement for the environmental toll and another $4 billion in a criminal probe.

Still, investigations complicate the simple picture told in Deepwater Horizon. In one scene, for instance, Vidrine concocts a convenient theory that would allow the drilling process to move faster. In reality, witnesses said, that theory was concocted by a Transocean employee.

The film also depicts the BP managers as acting quickly and callously—making life and death decisions in a matter of minutes and disregarding any dissent. But, while their decisions may have been ill-conceived, in reality they gave them more thought than the movie suggests. For one, the managers consulted with BP engineers offsite for second opinions.

Some of that is certainly accurate. The stories of heroism aboard the Deepwater Horizon by Transocean are remarkable and worthy of praise. In short, many of the people who survived the incident would not be alive today without their efforts. But the film also shows the employees taking quick heroic action when in reality many were unprepared and overwhelmed by the incident.

Take Andrea Fleytas, played by Gina Rodriguez, who heroically calls in a mayday despite not having the authority to do so. The film captures that heroic moment perfectly, but misses her initial failure to activate alarms that would have warned people on the ship to an impending disaster. Fleytas was understandably overwhelmed when 10 magenta lights—the most serious warning onboard—began flashing. But, nonetheless, the movie largely excludes several moments when action by the film’s heroes could have reduced the scale of the disaster.

No movie is flawless and, as far as films based on true events go, Deepwater Horizon is pretty good. The average viewer will walk away from the movie with a new understanding of a complex disaster. And, as easy as it is to complain about the details, the film gets the gist of it right. 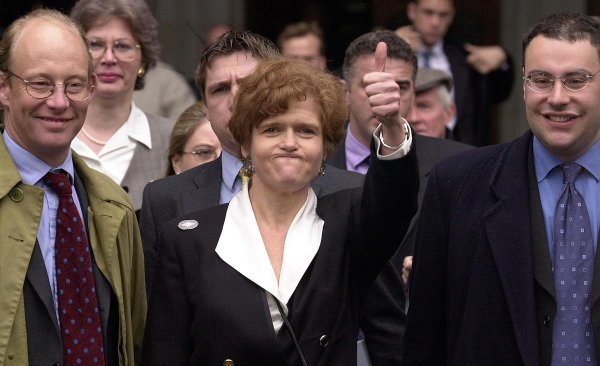 How Holocaust Denial Has Changed
Next Up: Editor's Pick