Watch Kevin Hart and Conan O’Brien Do Crossfit Together

In his new comedy special, “What Now?” Kevin Hart proved that he had the stamina to perform an energetic stand-up routine in front of a football stadium packed with 50,000 people. Er…make that, 53,000 people. “50,000 were enjoying it, 3,000 weren’t so into it,” teased Conan O’Brien when Hart stopped by Conan on Thursday night.

To prove he had stamina, too, Conan joined Hart at a local crossfit gym to work out together and if this whole movie star and comedian thing doesn’t work out for Hart, he could be a personal trainer. He showed he had the skill set when O’Brien ran into trouble on the pull-up bar and Hart was there to spot him—whether he wanted to be on the job or not.

As O’Brien and Hart worked their way around the gym, they flexed all their major muscles: biceps, lats, and of course, the blackmail muscle. Turns out that Hart will do anything to promote his new movie, but what did you expect from a man that he brings his A-game to rap battles?

Kevin Hart: What Now? is in theaters on October 14th. Watch the video above. 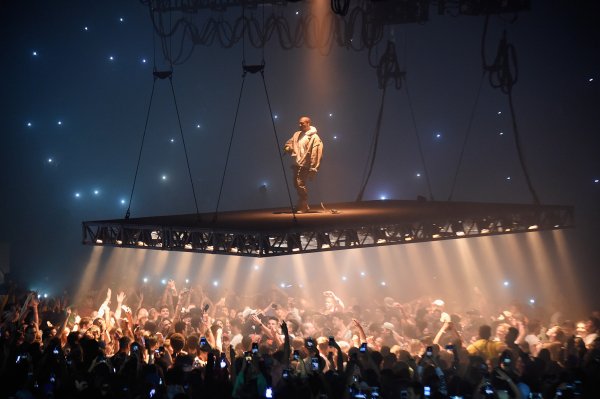 Kanye West Parodied Westworld So You Can Experience the Drama of the Greatest Television Series of All Time
Next Up: Editor's Pick