HBO Exec: Game of Thrones Spinoff Could Go in a Lot of Different Directions

Game of Thrones still has two seasons left before the beloved series based on George R.R. Martin’s A Song of Ice and Fire books comes to an end. But when Jon Snow, Daenerys Targaryen or maybe even (please no) Littlefinger finally ends up with control of the seven kingdoms, fans will hopefully have a spinoff to look forward to.

During a recent interview with The Hollywood Reporter at HBO’s Westworld premiere, programming president Casey Bloys revealed the network is open to continuing the medieval fantasy saga. “There are so many properties and areas to go to,” Bloys said. “For us, it’s about finding the right take with the right writer.”

And although current showrunners David Benioff and D.B. Weiss recently said they won’t be involved with an offshoot, Bloys feels otherwise.

“You’re getting them right when they’re about to embark on production,” he said. “It’s a big, big commitment for them, not just their creative force, but also their family life. They’re gone for months at a time. So it’s a big, big thing. But should we find a property that makes sense as a spinoff or a prequel — whatever you want to say — I would not expect them to do it, because they’re going to need to decompress for a good amount of time, but it would certainly be nice to have their involvement in some way.”

So what story would this spinoff tell? Well, that’s still very much up in the air. “There are things that sound interesting, but at this point, we have no writers assigned or anything like that,” Bloys said. “In a perfect world, Game of Thrones would keep going, and we wouldn’t have to deal with any of this!”

It seems like most fans would agree with that sentiment. 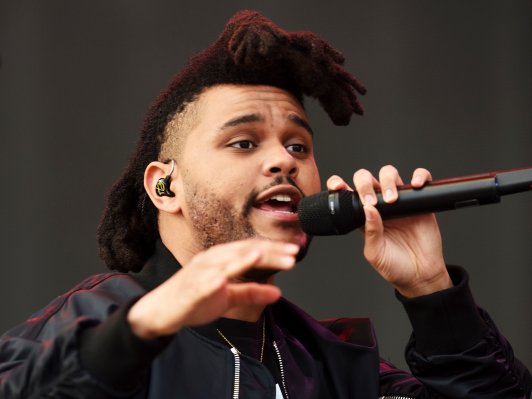 Listen to The Weeknd's Whole New Sound With "False Alarm"
Next Up: Editor's Pick