Are the days of Indian restraint toward Pakistan over? New Delhi’s announcement on Thursday, that it had conducted “surgical strikes” in Pakistan-controlled Kashmir to take out “terrorist teams,” risked escalating already heightened tensions between South Asia’s nuclear armed rivals, signaling a new Indian assertiveness in the face of provocations by its western neighbor. Until now, India had been careful to avoid doing anything that might spark a military clash with Islamabad. Had New Delhi now changed its mind about the risks of confronting Pakistan?

The announcement followed almost two weeks of intense domestic pressure on the government of India’s Prime Minister Narendra Modi to respond to an attack on an Indian military base on Sept. 18. Eighteen Indian soldiers died in the raid on the installation near the Line of Control (LoC), the de facto border that divides the Kashmir region between the two nations. Coveted by both, India and Pakistan have already fought three wars over the northern province. When India accused the four gunmen behind the raid of coming from across the LoC — a claim Pakistan rejects — concern soon spread about the prospect of a conflict that many fear could spiral into a nuclear fight.

The stakes could not be higher. Past studies have shown that if each country were to use 50 nuclear bombs (or around half of the estimated Indian and Pakistani stockpiles) against the other, the devastation would kill as many as 20 million people in the first week. International food production would also suffer, putting many more at risk of malnourishment, as soot from the explosions blocks out the sun and distorts global surface temperatures.

Read More: Narendra Modi Pulls India Back From the Brink on Pakistan

Given the risks, Modi had indicated that his government would continue treading with care when it came to its arch regional foe, turning up the diplomatic pressure on Islamabad and challenging Pakistan to a different war in a speech to members of his Hindu nationalist Bharatiya Janata Party (BJP) on Sept. 24. “If you have the strength, come forward to fight against poverty,” he said. “Let’s see who wins. Let’s see who is able to defeat poverty and illiteracy first, Pakistan or India.”

But Thursday’s announcement suggested that India’s assessment of how far it could go in pressuring Pakistan without sparking a full-scale war had changed. India said it had struck multiple terrorist “launch pads” on the other side of the de facto boundary, inflicting casualties that officials claimed numbered in the double digits.

Even as Pakistan denied that the Indian strikes had taken place, saying the two sides had only engaged in small arms fire along the LoC in which two of its soldiers had died, New Delhi’s disclosure marked a significant shift in Indian strategy.

India is known to have conducted targeted raids across the border in the past. But it has never before publicly acknowledged its actions, something that analysts attribute to growing domestic calls for Modi to live up to his image as a strong leader. His allies in the Hindu right-wing movement have long advocated tougher action against Muslim Pakistan. Having himself criticized past Indian governments of being too soft on Islamabad, he had to be seen to act.

“This was a case of India needing to appease a restless public,” says Michael Kugelman, an analyst at the Wilson Center in Washington, D.C. “We’re talking about a conservative and nationalist government that has pledged repeatedly to take a tougher line on Pakistan, only to shy away from retaliating against perceived Pakistani provocations … Something had to be done to convince the Indian public that its government is willing to act tough as well as talk tough.”

Domestically, despite India releasing little information about the specifics of the strikes and Pakistan contesting New Delhi’s claims, it worked: the announcement was widely lauded at home, with Modi’s allies hailing the action as proof that India now had stronger, more aggressive leadership than in the past. “Terrorism is a global cancer. It needs surgical intervention. India has done its part,” Ram Madhav, a prominent BJP leader, said in an op-ed published after the Indian disclosure. Madhav had responded to the Sept. 18 raid by calling for Modi to scrap India’s policy of acting with restraint toward Pakistan. “For Pakistan, terrorism has come as a cheaper option all these years. Time to make it costly for it,” he wrote in the local Indian Express newspaper on Friday.

Modi, say analysts, can also count on stronger diplomatic cover for India’s actions, as the country builds closer strategic ties with the U.S. “India knows it can count more U.S. support now than would have been the case several years back,” explains Kugelman. “U.S.-India relations are strengthening in a big way, and India knows that Washington will not stand in the way of Indian efforts to take matters into its own hands.”

What, then, of the nuclear question? Could India’s actions drive the two South Asian nemeses onto the battlefield and into a nuclear face-off? For the moment, Pakistan continues to insist that New Delhi’s claims are an “illusion being deliberately generated by [India] to create false effects.” And despite the bluster in the Indian media and among Modi’s supporters, officials in New Delhi maintain that their army’s actions were, in fact, restrained given the threat faced by the country. The strikes, New Delhi said, were in response to specific intelligence about terrorist teams that India believes were planning on attacking targets on the Indian side. India’s actions, the officials maintained, were directed squarely against these terrorists in order to protect Indian interests.

But although the risk of an escalation into a full-scale war still remains “relatively low,” the developments of the past 24 hours do point to a more uncertain future, says Kugelman. “We could be looking at a rather unsettled and volatile new normal,” he adds. “That’s not particularly reassuring, given that we’re talking about two countries with nuclear weapons.” 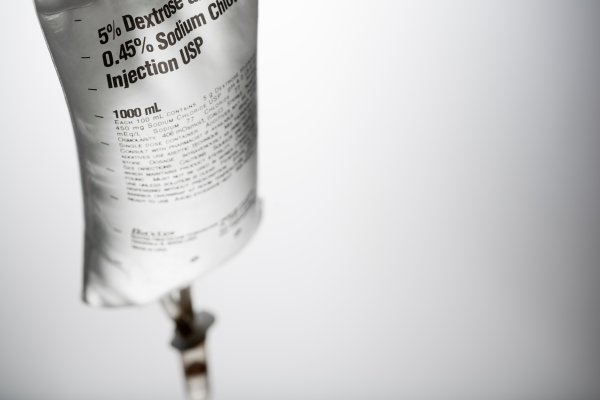