In a mini-documentary made with Vice Sports that debuted on Tuesday, the 40-year-old industry legend said, “my name is Brian Anderson, I’m a professional skateboarder, and we are here to talk about the fact that I am gay.”

Anderson is renowned for his distinctively powerful skate style, nabbing titles such as Thrasher Magazine’s “Skater of the Year” in 1999 and the Globe Shoes World Cup in Germany in the same year, as well as sponsorships and endorsements. He discussed his initial fear of coming out as a competitive skateboarder.

“I figured it out how to balance it to where nobody questioned it and I was a big tough skateboarder, of course they’re not going to question that,” he said. “Nobody thought anything…I was really scared. And people would have perceived it a lot differently had I said this fifteen years ago.”

Anderson said that he slowly began coming out to his friends and family in recent years, but chose to come out publicly with this video to encourage others to feel feel happier.

“A lot of these kids who don’t have hope are really scared to death,” he said. “To hear what I went through, and that everything got better for me, and I got a lot happier and felt more free and didn’t have all this shame buried in my body, you become a happier person. So to convey that message is really important to me.”

It was also important for Anderson that his accomplishments in the skate world not be diminished by his sexual orientation.

“I consider myself a skateboarder first, gay second,” he said. “I’m a skater, that’s all I know.”

Watch the full documentary below. 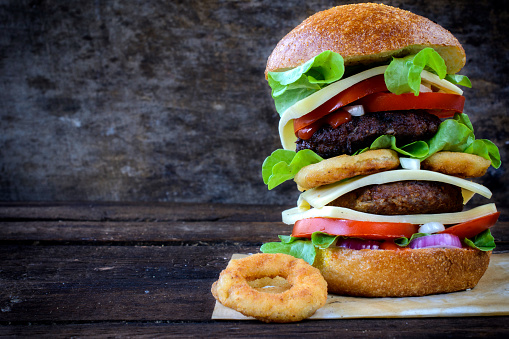 This Restaurant Will Give You Free Burgers for Life for Getting a Burger Tattoo
Next Up: Editor's Pick