Kate McKinnon has had many a hilarious role during her career, but one of her most memorable ones to date is her parody of presidential candidate Hillary Clinton on Saturday Night Live, which has dominated her work with the series this season, thanks to the elections.

When McKinnon won an Emmy for Best Supporting Actress in a Comedy Series at this year’s ceremony, she took care to give credit to not only producer Lorne Michaels and the cast and crew of SNL, but also to Clinton, who she thanked twice during her acceptance speech.

For her part, Hillary Clinton sent a gracious and tongue-in-cheek tweet congratulating McKinnon on her win, along with a GIF of Kate impersonating her on SNL.

McKinnon, however, isn’t on Twitter, but she got a chance to respond during an appearance on The Tonight Show Starring Jimmy Fallon, after Fallon showed her the tweet.

“I would say what I said when I met her, which is, ‘Hi’,” McKinnon deadpanned, miming nervousness. 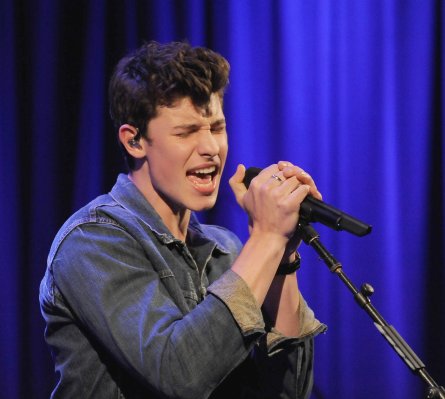 Watch Shawn Mendes and James Corden Battle It Out A Cappella
Next Up: Editor's Pick