The Beach Boy and the Boss: Darkness on the Edges of Two Memoirs

Bruce Springsteen performs during the last show of the 1985 ‘Born in the U.S.A. Tour’. in Los Angeles, California
Bob Riha Jr—Getty Images
By Isaac Guzmán

The big revelation in Bruce Springsteen’s new memoir, Born to Run, is that the Boss gets bummed out. Big time. Which may finally help fans understand the bleak menagerie of killers and black-sheep brothers who populate the 1982 album Nebraska. While Springsteen’s bouts of depression and anxiety come as a surprise to many of his followers, Brian Wilson’s struggle with schizoaffective disorder has been well documented, most recently in the haunting 2014 biopic Love & Mercy. Now the Beach Boy tells his story in the disarmingly personal I Am Brian Wilson. Together, the Rock and Roll Hall of Famers present an unusually candid description of mental illness and its role in an artist’s life. The books have plenty of fun stuff too, with many pages about the power and beauty of pop music, but their afflictions are constant threads throughout, a nagging reminder that fame, talent and money provide little shelter from this psychological storm.

With a few relatively short gaps, Springsteen, 67, has worked consistently throughout his career despite 35 years of on-and-off struggles with mental health. For his part, Wilson, 74, has been sidelined for years at a time, especially when under the care of the now disgraced Eugene Landy, who mitigated hallucinations, drug abuse and self-induced seclusion with a different kind of prison under the therapist’s complete control.

Springsteen’s first major bout of depression struck around 1981, after Born to Run, Darkness on the Edge of Town and The River had become huge hits. He channeled anxiety and fear–due partly to the alcohol-fueled abuse of a “one-man minefield,” his father–into relentless perfectionism over his career. But once it was all in place, even finding a house suitable for a newly minted rock star filled him with dread. “At the end of the day, I was simply a guy who was rarely comfortable in his own skin, whatever skin that might be,” he writes. “The idea of home itself, like much else, filled me with distrust and a bucket load of grief.”

He comforted himself with drives back to his “Rosebud” hometown, Freehold, N.J., but wouldn’t leave the car, lest he break the reverie. “You can hammer pain and trauma into a righteous sword and use it in defense,” he writes. “But nobody gets a do-over. Nobody gets to go back and there’s only one road out. Ahead, into the dark.”

After recording Nebraska, Springsteen hit new emotional lows on a road trip, watching dancers at a Texas fair. He felt unprecedented despair and remove and later grasped that the defenses he employed against his father now served to “seal my alienation, cut me off from life, control others and contain my emotions to a damaging degree. Now the bill collector is knocking, and his payment’ll be in tears.”

Since then, Springsteen has combined psychotherapy with antidepressants and sedatives to hold back the “black sludge.” Yet even after his 1985 marriage to Julianne Phillips, he had panic attacks and felt “emotionally stunted and secretly unavailable”–which is when his second wife, Patti Scialfa, became more than a backup singer.

When he was in his early 60s, his depression and anxiety redoubled to the point where he came to understand the appeal of suicide. This tailspin left him weeping on the Jersey Shore after a paddleboard session. New meds helped, but the “thing” continues to come for him.

Where Springsteen writes floridly of his trials, Wilson is disarmingly plainspoken. Co-writer Ben Greenman has translated Wilson’s childlike, tangential way of speaking onto the page, and Wilson is matter-of-fact about what ails him. Were his troubles spurred by a father even more abusive than Springsteen’s, or was it his decade of escape into weed, cocaine and Bali Hai wine? “What did it matter when it started?” he writes. “What mattered is that for a while it wouldn’t end.”

He recalls an early episode in 1964, when “I Get Around” became a No. 1 hit. Boarding a plane for a Houston gig, he was overwhelmed by alarm. Once he was airborne, “my thoughts swarmed and I blacked out. To me I blacked out. To everyone else it looked like I was screaming and holding my head and falling down in the aisle.”

After that, Wilson stayed in the studio while the band toured. But around 1965, after taking LSD, he began to hear voices saying that they were going to kill him, that he was worthless. “I have heard those voices for a long time, maybe 50 years now,” he writes. “They’d sound like a real person’s voice, a person different from me who I couldn’t control, but inside my own head.” He quieted the voices with fervent studio work that produced Pet Sounds and the song “Good Vibrations.” But within a few years he was medicating himself into a stupor and rarely left his house.

In 1976, Landy helped Wilson recover, but he later wound up improperly medicating his client and crossing boundaries, which led to loss of his license. In the mid-’90s, Wilson found a new mix of medications that enabled him to get back in the studio and tour again. But the voices are still there. “It’s part of my brain that doesn’t change,” he writes, “so what has to change is the way I deal with it.”

Aside from being the frank reflections of legendary musicians, these books refute notions of the tortured genius. Neither found inspiration in his maladies. Instead, Springsteen and Wilson recognize that they have disorders that can be treated but never cured. That they both let us in on their ongoing ills speaks to our changing understanding of mental illness as well as the hard-won wisdom of two artists who were driven to the brink of the abyss yet found something better when they managed not to leap in. 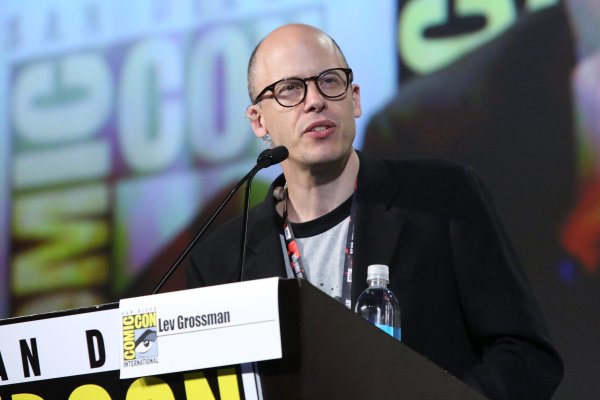 The Magicians Author Lev Grossman to Publish Book Set in Post-Camelot Era
Next Up: Editor's Pick