Why did you want to make a film about this incident?

Every time I remembered reading something about the Deepwater Horizon, it [was about] the natural disaster. For whatever reason–maybe it was my own fault, maybe there was a lack of media attention–I never registered the fact that 11 people lost their lives. That’s what captivated me.

You got some pushback from the real people depicted in the film.

They were all completely against the idea of us making the movie. I just assumed that people knew what our intentions were. Once I had an opportunity to talk to everybody, I understood pretty quickly that everybody was very upset that their loved ones had been pushed under the rug and forgotten. Now here comes liberal Hollywood ready to make a movie about an environmental disaster, and [they thought] you’re going to see me jumping to save seagulls and marine life. Obviously what happened environmentally was horrible, but I don’t think it necessarily equates to the loss of human life.

Is this a story about heroism?

Men and women who go out there and do jobs that are not glamorous are fascinating to me. Being faced with the remarkable things that they did in order to survive and help others survive was incredible. I find that very inspiring–very heroic.

BP comes out looking pretty bad in the film. What about America’s relationship with oil still has to change?

If they took the extra time and spent the extra money, they would have saved a considerable amount considering how much it cost them with the cleanup. But that’s easy to say on a Monday morning. 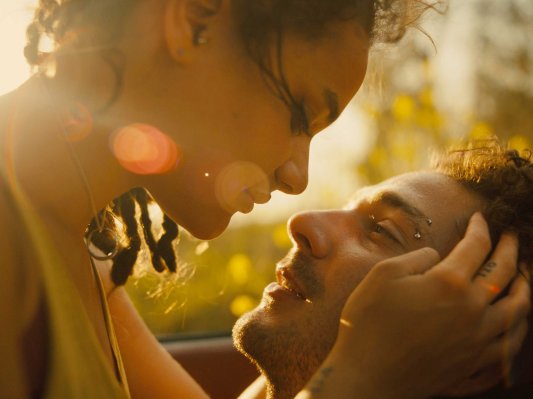 The Kids of American Honey Hit the Road With a Sweet-and-Sour Hustle
Next Up: Editor's Pick