Congress overrode a veto issued by President Obama on Wednesday, clearing the way for families of 9/11 victims to file a lawsuit against the Saudi Arabian government. It was the first time Congress had overruled a decision by the president during his presidency and he did not take it lightly. During a presidential town hall hosted by CNN on Wednesday, Obama called the override a “mistake.”

“I think it was a mistake,” he said, though he added that he understands why it happened given the trauma of the September 11 terrorist attacks. “What this legislation did was it said if a private citizen believes that having been victimized by terrorism that another country didn’t do enough to stop one of its citizens, for example, in engaging in terrorism, then they can file a personal lawsuit, a private lawsuit in court.”

The president does believe the victims of 9/11 deserve compensation, which is why he said a victims compensation fund was set up. On average, he told CNN’s Jake Tapper, families receive about $2 million each. But Obama said he believes the law will set a dangerous precedent and works against protections the government has put in place to protect the U.S. and American troops from facing lawsuits or action from private citizens abroad.

“The concern that I’ve had is — has nothing to do with Saudi Arabia per se or my sympathy for 9/11 families, it has to do with me not wanting a situation in which we’re suddenly exposed to liabilities for all the work that we’re doing all around the world,” he said.

During his remarks at the CNN town hall, which will air Wednesday night, Obama blamed politics for the overwhelming response he received from Congress today. The president suggested that lawmakers did not want to be perceived as being against 9/11 families so close to an election.

“It’s an example of why sometimes you have to do what’s hard,” Obama said. “And, frankly, I wish Congress here had done what’s hard.” 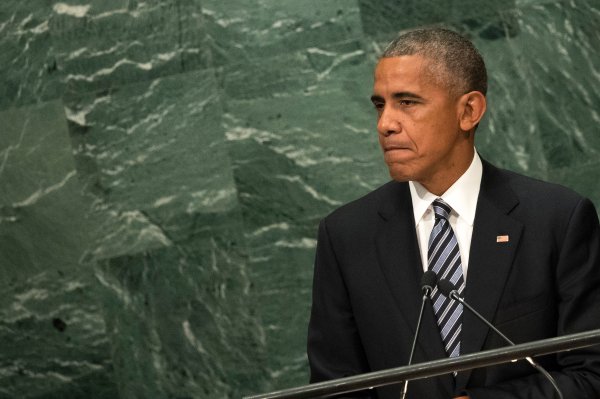