Republican presidential nominee Donald Trump called on non-Christian conservative supporters to raise their hands and seemed to ask the audience whether he should eject them from a rally in Iowa.

Appearing in Council Bluffs as he rolled out it his Iowa Christian Conservatives for Trump coalition, which the campaign said included over 650 religious leaders from the state, Trump first asked the Christian conservatives to raise their hands.

“Raise your hands, Christian Conservatives everybody,” he said, as most of the hands in the draped-off convention center went up. He then asked who didn’t fit the bill for the previous question. “Raise your hand if you’re not a Christian conservative—I want to see this, right,” Trump said, seemingly surprised that any hands went up. “That’s—oh, there’s a couple people, that’s all right. I think we’ll keep them, right? Should we keep them in the room, yes? I think so.”

The incident comes as Trump and his campaign have come under fire for giving voice to racist and antisemitic supporters through retweets and spreading memes that have been appropriated by the so-called alt-right movement. 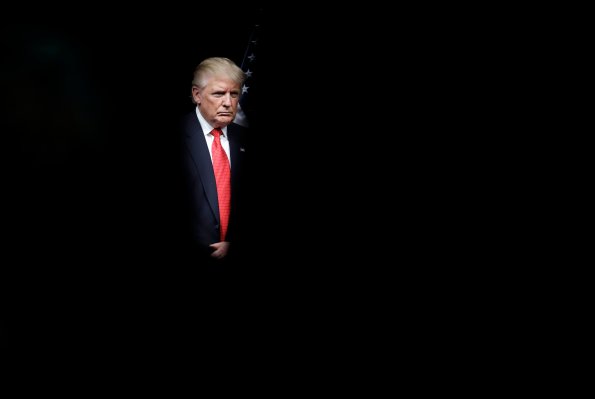