A teenager fatally shot his father before opening fire at a South Carolina elementary school, injuring three people on Wednesday, police said. The teen suspect, who is male, is in custody.

Capt. Garland Major, of the Anderson County Sheriff’s Office, said he believes the teen is the son of Jeffrey Osborne, who was fatally shot at a house about two miles away from Townville Elementary School. Police said the teen shot Osborne before opening fire at the school.

Two male students and one female teacher were injured in the school shooting. Major said during a news conference that the shooter used a handgun and shot one boy in the leg, the other in the foot and the teacher in the shoulder.

Juana Slade, spokeswoman for AnMed Health, said the teacher and child from the school were brought to the hospital, the Associated Press reported. Both are in good condition, she said.

The other child was flown to Greenville Memorial, spokeswoman Sandy Dees told the AP. She did not comment on his condition.

Police did not release a motive for the shooting and said they were not sure if the injured victims were targeted. Major said the teen had been home-schooled.

Anderson County Coroner Greg Shore told the Anderson Independent Mail that the two students’ injuries are not life-threatening. He also said police responded to a death of an adult reported about 1.5 miles away from the school on Wednesday. The death was “believed to be related” to the school shooting, he said.

The school has been evacuated and students were taken to a nearby church, where their parents picked them up. School has been cancelled for the rest of the week, Anderson County school district 4 superintendent Joanne Avery said.

“We are heartbroken about this senseless act of violence,” Avery said.

“As we work together with law enforcement to make sure they have the support they need to investigate what happened in Townville, Michael and I ask that everyone across South Carolina join us in praying for the entire Townville Elementary School family and those touched by today’s tragedy,” she said.

Townville Elementary School is located in a rural area of South Carolina near the Georgia border. 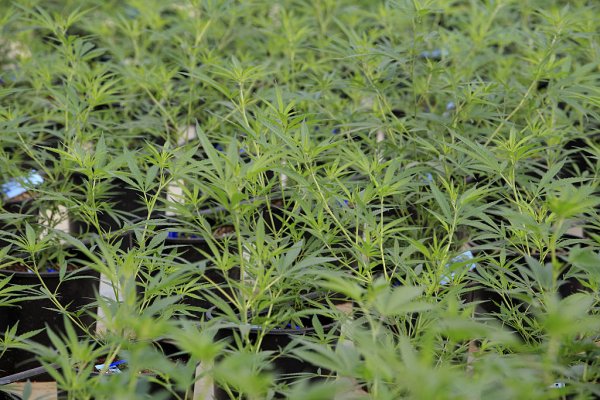 Colorado Will Use Extra Marijuana Revenue to Prevent Bullying in Schools
Next Up: Editor's Pick