“Drive out Detroit’s East Jefferson Avenue… the main thoroughfare to the well-kept suburb of Grosse Pointe, and in one five-mile stretch you see: More than 50 abandoned stores, lunch counters, barber shops and other small retail businesses—A line of patient applicants for relief shuffling toward the double doors of the ancient, castle-like Public Welfare Department Building—A neighborhood movie house hinting at its efforts to double as a cheap hotel with the announcement: ‘New Policy—now Open All Night’—A half-empty workers’ parking lot just west of Chrysler Corp.’s main Chrysler division plant—A corner pawn shop with a disconsolate sign over its loan window that notes unapologetically: ‘No Funds for Loans Until Next Week.’”

A newspaper account of 2010? No—1958. There was a major recession in 1957-58, one about as severe, in terms of the drop in economic output, as the Great Recession of 2008-9. The 1958 recession was different in that it was nothing new. There had been a recession in 1949-50, another in 1953-54, and there would come another in 1960-61. Four recessions in eleven years—a dubious feat that has happened only twice since World War II. The other time was from 1970-81, the era of stagflation between the eras of the two foremost post-World War II presidents, John F. Kennedy and Ronald Reagan.

That the 1950s were not years of consistently expansive, ever-blooming prosperity is a surprise to many Americans. We are given to think that the first full decade after World War II was phenomenal economically, perhaps the greatest era of prosperity that there ever was. According to popular lore, in the 1950s jobs were abundant, they paid well, they were for life, you could raise a big family, afford a new suburban house, several cars, and then some. This was true for some who worked for the big firms, but the consistency of recessions meant that structural unemployment—those still without a job at the peak of an economic expansion—rose remorselessly in the 1950s. Social researcher Michael Harrington estimated by the early 1960s, about a third of the nation’s 180 million inhabitants lived in conditions of chronic joblessness if not poverty.

When Kennedy ran for president in 1960, his most prominent campaign slogan was his pledge to “get this country moving again.” That summer, both political parties specified in their platforms and pre-convention statements that the national rate of economic growth had to double to a long-term rate of 5% per year.

The Democrat Kennedy was lucky that the Republicans nominated the incumbent Vice President, Richard Nixon, to head their ticket. Nixon was in no mood to concede the point that American economic performance was substandard, because he had been #2 in the Dwight Eisenhower administration, the caretaker of the status quo, over the last eight years. As the election hit the stretch run in October 1960, unemployment swelled as the latest recession reached its most intense phase. Kennedy won the vote by a slim margin and prepared to face the problem in office: how was the nation to shake its pattern of constant recessions and a slow rate of economic growth?

Kennedy was not sure what to do, initially. He had little experience in economic policy and more of an intuitive grasp of economics than any gained from study or business affairs. Therefore, he chose to load up on economic-policy advice, to hear out the range of views of what might be done to “get this country moving again,” and then make his choice. He convened three “task forces” of experts during the presidential transition, stacked his Council of Economic (CEA) advisers with Keynesian professors from the top universities, and named a Wall Street Republican by the name of C. Douglas Dillon his Treasury secretary.

In his first year in office, Kennedy chose to give the CEA professors a whack at the ball. They recommended a huge panel of new spending initiatives, a slew of additional post offices, national-park programs, hospital-construction projects, veterans benefits, and other things that pushed budget expenditures up by 15% in two years in the name of escaping recession and building a foundation for growth. However, in the recovery year of 1961, growth totaled only 2.6%, barely above the long-term average. In the previous recovery year, of 1959, growth had been 7%.

In early 1962, Kennedy realized something was wrong with his program. The signs were coming from all directions. He was having trouble with business leaders. The most notorious case was that of U.S. Steel chief Roger Blough, who assured Kennedy of his company’s commitment to making decisions corporately with labor and then showed no compunction in waltzing into the Oval Office and handing the president a memo saying that workers would get no share of a major product-price increase. Kennedy got to hear Wall Street wags speaking of a “Kennedy market,” namely a stock market that wavered in early 1962, had a one-day drop in May in point terms the worst since 1929, and hit a low in June nearly 30% below the peak of six months before. And he was attracting a slew of unsolicited outside advice, from businesspeople in America and policy makers globally who were suggesting that he reconsider the course of his economic policy. This outside advice generally settled on two points, which Kennedy would make explicit in his famous Yale commencement address of June 1962: the government should run a “high” (Kennedy’s term) monetary policy that kept the dollar strong, along with a “loose” fiscal policy focused on domestic economic expansion.

Given that his spending had proved a flop on this latter score, Kennedy turned to his Treasury secretary, Dillon, who had a plan to cut income tax rates across-the-board, from 20% to 30% apiece. The astronomically high tax rates of the time—the top rate of the income tax was an incredible 91%—was the reason, Dillon assured the president, that the nation could not shake the economic slows. As soon as people started doing well, given such high progressive tax rates, their earnings hit the tax structure, and severe disincentives to work and invest kicked in.

That summer, Kennedy adopted the plan and put the full force of his persuasive powers into getting a big tax-rate cut through Congress. In September 1963, the bill passed the House. It was under consideration by the Senate when Kennedy was assassinated that November. That shocking event moved the Senate and the new president, Lyndon Johnson, alike to push through Kennedy’s bill as a memorial to the slain leader. In February 1964, the Kennedy tax-rate cut won Congressional approval and became law. As Kennedy’s tax-rate-cut, strong dollar economic policy was being articulated and then implemented in the latter half of the presidency, the nation embarked upon an eight-and-a-half year, uninterrupted run of growth at just over 5% per year. Rarely have campaign promises, especially one so bold as to double the long-term rate of economic growth, been so comprehensively fulfilled.

Kennedy’s legacy was forgotten in the 1970s, when four consecutive presidents (beginning with Kennedy’s own successor Lyndon Johnson) countenanced tax-rate increases and abrogating the dollar’s longstanding link to gold. The result was stagflation—nil-to-negative economic growth in the context of unheard-of increases in prices. One figure held fast to the Kennedy model: Ronald Reagan. When Reagan endorsed New York Rep. Jack Kemp’s big tax-rate-cut plan in 1977, he gave Kennedy credit for hatching the idea. As president in the 1980s, Reagan said repeatedly that his own tax cuts were taken from the Kennedy model. And also like Kennedy, Reagan stayed away from name-calling, snark, and demonization, using the art of persuasion to get tax-cut opponents to come over to his side. Reagan’s method worked stupendously, as had Kennedy’s. The major tax-rate cut of 1986, which took the top income tax rate down to a five-decade low of 28%, passed the Senate 97-3, as the nation enjoyed a long run of growth comfortably over 4% per year.

The Kennedy-Reagan policy mix of tax-rate cuts in the context of a strong dollar remains untried in the 21st century, a now nearly 16-year period of unprecedented economic sluggishness. The two greatest political figures of the last 60 years gave us the model we need today, to set our great nation back in its natural groove of growth again. 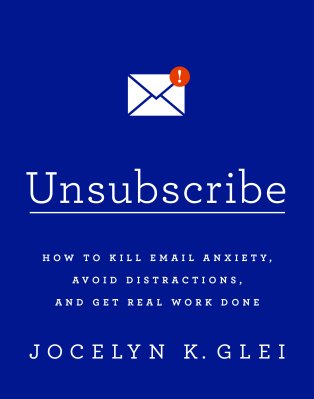 Why We're Addicted to Email—And What to Do About It
Next Up: Editor's Pick