The First-Ever Vice-Presidential Debate Was 40 Years Ago. Here's What Happened.

A couple of factors had combined in 1976 to make a VP debate seem like a natural next step for the election process.

For one thing, as Hoge pointed out to viewers at home, the preceding years had drawn attention to the importance of the vice president’s job, as Nixon’s resignation and Kennedy’s assassination had catapulted new leaders into office. For another, Republican incumbent Gerald Ford had made a particular point of emphasizing debates as part of the election process.

Though televised presidential debates had disappeared in the wake of the famous 1960 Kennedy-Nixon debate, he decided to bring them back, issuing a public challenge to the Democratic nominee. “This year the issues are on our side, and I’m ready and eager to go before the American people and debate the issues face to face with Jimmy Carter,” he said in the course of accepting the nomination. It was not particularly surprising that, with all the attention to the idea, the VP nominees decided to get in on the action.

And, as TIME reported following the debate, their decision to participate shed light on how a vice president could be a key part of a White House campaign, not just a back-up:

The 2016 VP debate will be held Tuesday evening in Farmville, Va. 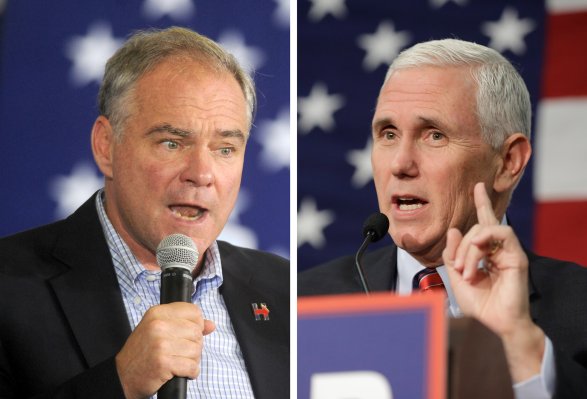 How to Watch the Vice Presidential Debate Online
Next Up: Editor's Pick