A two-year investigation into the shooting down of a Malaysia Airlines jet over eastern Ukraine in 2014 has concluded that the missile responsible was not just made in Russia, but also fired from a separatist area of Ukraine controlled by pro-Russian rebels.

An inquiry by the Dutch Safety Board last year said the BUK missile that hit Flight MH17, causing it to break apart midair, was a type only made by a state-controlled Russian firm called Almaz-Antey. At the time, the weapons company said the model was an old one and no longer used by Russia.

Now families of the victims of the disaster say they have been given “irrefutable proof” that the BUK was fired from a Russian-backed area, Sky News reports, and that it was transported to the Ukrainian village of Snizhne from Russia. The weapon is thought to have been smuggled back to Russia after the plane was destroyed, killing all 298 on board.

Fred Westerbeke, the Netherlands chief prosecutor and head of the Joint Investigation Team (JIT), said the probe “eliminated all other possible explanations for the destruction of MH17,” RFE/RL reports.

The JIT, which consisted of prosecutors from the Netherlands, Australia, Belgium, Malaysia and Ukraine, led the investigation. Two hundred witnesses were interviewed, thousands of phone conversations intercepted and half a million videos and photographs viewed for the report.

According to one victim’s relative, the prosecutors plan to investigate about 100 people over the incident, but no individual suspects have been formally identified so far. The Malaysia Airlines jet was traveling from Amsterdam to Kuala Lumpur. 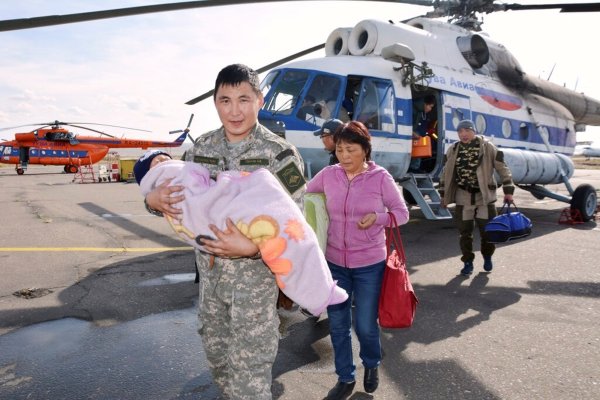 Russian Toddler Rescued After Surviving 3 Days Alone in Wilderness
Next Up: Editor's Pick