Watch the Trailer for Leonardo DiCaprio's New Documentary Before the Flood

The trailer for Leonardo DiCaprio’s new documentary on climate change was released by National Geographic Channel on Tuesday.

“I just want to know how far we’ve gone, and if there’s anything we can do anything to stop it,” said Hollywood’s leading environmental activist in the trailer for Before the Flood.

Alongside DiCaprio, who produced and narrated the film, the production team lists several Hollywood hard-hitters including actor-director Fisher Stevens, who produced Oscar-winning documentary The Cove, and executive producer Martin Scorsese, who directed DiCaprio in The Wolf of Wall Street, Vanity Fair reports.

“Climate change is the most critical and urgent problem facing our world today, and it must be a top issue for voters this Election Day,” said DiCaprio according to the Hollywood Reporter. “Fisher and I set out to make a film that not only educates people about the challenges we face if we fail to act, but one which also shows the solutions we can implement if we can find the political will to do so.”

The actor has a history of putting his considerable clout behind worthwhile causes. In 2014, he teamed up with Netflix to release Virunga, a film about a gorilla preservation’s bloody battle against poachers in the Democratic Republic of Congo’s Virunga National Park. The film was nominated for an Oscar for Best Documentary in 2015.

Before its official release on Oct. 21st, Before the Flood will debut in a special screening at the White House on Oct. 3, following a discussion between Obama and DiCaprio. 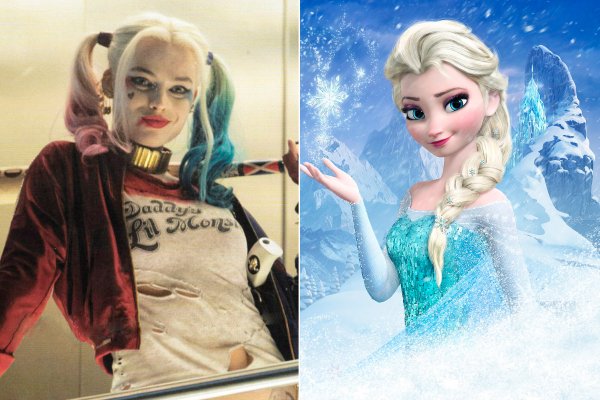 Superheroes Dethrone Princesses as Most Popular Kids' Halloween Costume
Next Up: Editor's Pick