James Corden is taking a break from Carpool Karaoke to hit the ground running. His opponent? The world’s fastest man.

The Late Late Show host shared a photo via Twitter Tuesday, seen below, standing next to Usain Bolt. “It’s on…,” wrote Corden, promoting an upcoming episode of the late-night talk show.

In the bit it seems the pair are preparing for a race, with Corden donning a Jamaican track shirt, spandex shorts, and knee-high socks. Bolt stands calmly by, giving the camera a confident smolder while flashing the peace sign on both hands.

The Into the Woods actor followed up the shot with a tweet teasing he “destroyed” the Olympian in a 100-meter sprint. He adds a reminder that fans can catch the entire “race” on Tuesday’s episode.

Corden has been tapping into the sports world this week in his “take over other people’s jobs” series; on Monday’s episode the late-night host coached the Arsenal Football Club. Bolt is the clear choice for a race; the 30-year-old athlete has won nine Olympic gold medals in his career. 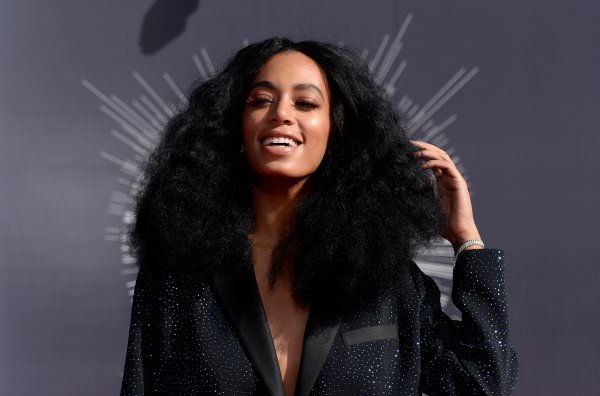 Solange Knowles Will Release Her New Album on Friday
Next Up: Editor's Pick