Donald Trump and Hillary Clinton after the first presidential debate at Hofstra University in Hempstead, N.Y., on Sept. 26, 2016.
Timothy A. Clary—AFP/Getty Images
By Mahita Gajanan

While Hillary Clinton and Donald Trump exchanged barbs during the first presidential debate on Monday night, a team of three people translated every word spoken on stage to Spanish for Telemundo.

Translating U.S. political events as they occur is a fundamental part of how Telemundo’s news team operates. “It’s something we have been doing for many, many years,” Jose Diaz-Balart, who anchors Noticiero Telemundo in Spanish and the Saturday evening edition of NBC Nightly News in English, said.”It’s part of our service, the way we see our responsibility—the way we serve the Latino community.”

That doesn’t mean it’s easy—translating someone like Trump, for example, takes an experienced mind ready to work quickly and catch everything the Republican nominee says when he inevitably goes off the script.

“I don’t think you actually prepare for Donald Trump,” Diaz-Balart, who covered the debate from Hofstra University on Monday, said. “There are people who speak very quickly and not in complete sentences at all times.”

In the event of a debate, when the presidential candidates speak quickly and cut each other off, translating accurately is most important.

“What I can’t promise is how your voice will sound in Spanish,” Diaz-Balart said. “I can promise your voice will be exact. The focus is not so much on the aesthetic but on being right.”

“The key is to not only be very specific and accurate on the words that are being said, but also the cadences, and how our voices have a corporate language and body language,” Diaz-Balart said.

In general, human beings are difficult to translate, Diaz-Balart, who covered Monday’s debate from Hofstra University, said. They tend to speed up, use incorrect grammar or pepper their words with split infinitives.

“When you’re translating, you need to not only listen to the words, but listen to the way that they are said,” Diaz-Balart said. “It’s almost like another form of journalism, where we’re careful not to include our opinion, but all perspectives.”

Diaz-Balart, who has often invited Spanish-speaking guests on air and translated live, sees this work as integral to the country.

“It’s part of the America that we see and serve every single day,” he said. “It’s less and less uncommon to have conversations in two languages.” 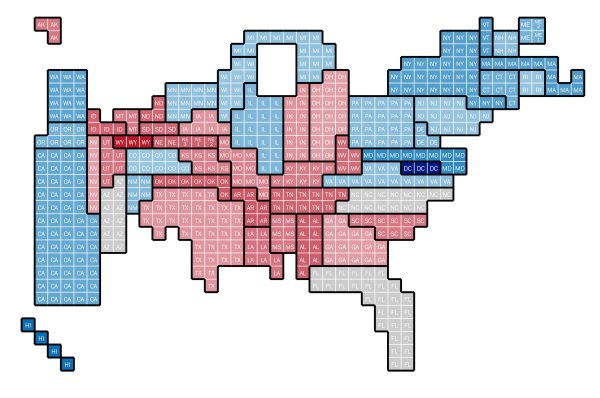 This Map Shows Who Would Win the Election If It Were Held Today
Next Up: Editor's Pick