Janet Yellen Should Stand Up to Donald Trump

There are many reasons that the possibility of a Donald Trump presidency worries me. I’ve outlined why his economic policy, for starters, is magical thinking. But after Monday’s debate, I have a new fear: I worry that if Trump were to be elected, Janet Yellen would resign from the Federal Reserve.

Trump’s comments last night that the “Fed is being more political than Secretary Clinton” were not only unprecedented, they leave little room for a good working relationship. Indeed, the only person Trump has blamed as much as Hillary seems to be Yellen, whom he’s accused of keeping interest rates low for political reasons, and creating a bubble economy as a result.

The dangerous thing about Donald Trump, as I’ve explained in past columns, is that he embeds tiny nuggets of truth in a welter of lies. As I have been writing for years now, I think that the low interest rate policy of the last few years has created a disconnect between Wall Street valuations and the Main Street recovery. That’s what easy money is supposed to do: drive up risk appetite, raising the value of assets, with the hope that eventually the animal spirits will get the economy moving again.

For a variety of reasons, though, the money dump hasn’t worked as well or as fast this time (again, that’s not a criticism of the Fed—if it had not acted in the wake of the 2008 crisis, when President Obama was unable to pass more fiscal stimulus through a polarized Congress, the economy would have faltered). We’ve already seen corrections in emerging markets and commodities as the Fed pulled back on quantitative easing, and we’ll likely see more as rates ultimately rise.

Yellen herself worries about all of this. In fact, she keeps a careful eye on the balance between market risk and the risk that an early rate hike could derail the recovery. You can argue about the timing of when the Fed should (or should have) hiked rates. But nobody can argue that Yellen isn’t a data driven economist who’s looking at a variety of inputs while trying to make an unbiased decision about what’s best not for Wall Street, but for Main Street. (As she explained in a TIME cover story, she’s all about kitchen table economics.)

In fact, that’s a particular reason I worry about the possibility that Trump could drive such a competent person out of the Fed. With the recovery still fragile, it’s crucial to have a Fed chair right now that is most concerned with Main Street. I’m betting that anybody Trump would appoint to the Fed might actually keep rates lower, longer. After all, the people who benefit most from the current policy are investors like Trump himself, who can borrow huge sums at historically low rates and watch the value of their portfolios climb. Yellen has responded to Trump’s criticisms by saying that the “Fed isn’t politically compromised.” But one way to ensure the opposite would be for Trump to hound out a sitting Fed chair and appoint a lackey. Truly, I can’t think of anything more disastrous for the nation — or the world.

So, I’m calling on Yellen to stand up to what Hillary might call the “trumped up” charges of Fed politicization, and fight on, regardless of who wins in November. There is precedent. Chairman Marriner Eccles battled for Fed autonomy during the Truman administration. That fight led to the 1951 Fed/Treasury accord, which allowed the Fed to prioritize its own concerns about inflation over the then-President’s desire for a low-rate policy that would help the war effort.

This example couldn’t be more relevant today. The only reason that the Fed launched the unprecedented monetary policy of the last several years is that governments around the world were doing little-to-nothing to stop a new Great Depression. Trump should be lauding Janet Yellen (and Ben Bernanke) and the rest of the Fed governors for saving the markets when nobody else would. And he certainly shouldn’t try to falsely politicize the only institution in Washington that isn’t myriad in gridlock and anger. 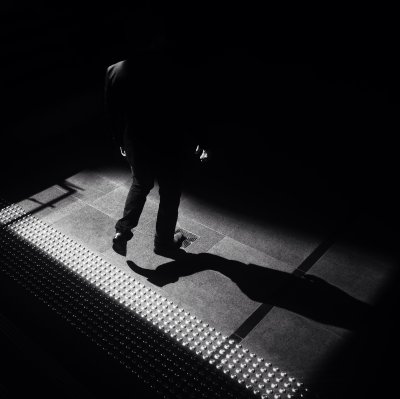