Chicago's History With Stop-and-Frisk Laws Is a Warning

A line of police in Chicago in 1968, during the Democratic National Convention.
Miriam Bokser—Villon Films / Getty Images
By Simon Balto

In Monday night’s debate, Donald Trump reiterated his call for “law and order” in America. “We need law and order. If we don’t have it,” the Republican candidate said, darkly, “we’re not going to have a country.” His most concrete suggestion in this vein has been to call for more robust stop-and-frisk policing – specifically in Chicago, which is mired in a year of unusually high violent crime.

Chicago actually already has stop-and-frisk policing, which makes Trump’s policy prescription a little confusing. In fact, questions about stop-and-frisk’s efficacy aside, Trump’s advocacy of the practice resonates with its long entanglements with both American racism and political self-interest—and nowhere is this clearer than in Chicago.

Legally constructed in the 1960s, stop-and-frisk was forged in a political moment that, much like our own, was governed by racial fears and anxieties, and against a backdrop deeply contoured by a black-led movement that demanded the radical transformation of America. In Chicago, this was an age of black in-migration to the city, white hostility to the new black presence, a vibrant local civil rights movement—including a nearly year-long open-housing campaign partly led by Martin Luther King, Jr.—and, ultimately, a blowback that saw many whites retrench into steely resentment.

Guiding the police force against that tumultuous backdrop was Chicago Police Department Superintendent Orlando Wilson. Already a renowned criminologist when he took over the department in 1960, Wilson was a thoughtful man and, at least overtly, a steady racial moderate. Nevertheless, as a progenitor of what’s called “preventive policing,” Wilson aggressively called for proactive rather than reactive policing. Under this model, police departments shifted from a focus on responding to crimes already committed, and toward eliminating potential crimes by confronting “suspicious persons” on the street. In so doing, Wilson and others enacted policies that usually ended up singling out black communities as problem areas, and that saddled them with unique forms of surveillance and control. Stop-and-frisk was the centerpiece of this.

The fault lines were immediate. Within a black community that was becoming increasingly mobilized in response to racism and inequality, people could not have known that Chicago’s violent crime rates would get significantly worse after implementation of stop-and-frisk, but they suspected that crime rates would not be significantly improved. Moreover, many of them correctly forecasted that it would be black people who would overwhelmingly face the effects of stop-and-frisk. Black Illinois House member and future Chicago Mayor Harold Washington, the ACLU and others cited a litany of reasons for this – not least because black people were uniquely vulnerable to CPD officers harboring anti-black racism. This assertion received the strongest possible stamp of affirmation in 1967 and 1968, when a Ku Klux Klan cell that included the Illinois Klan’s Grand Wizard was found operating within the CPD.

But those arguments against stop-and-frisk drowned in a sea of favorable white opinion. Although it would not become official policy until 1968, the real breakthrough for stop-and-frisk in Chicago came in 1965 when a number of political processes collided to give the issue a particular saliency.

Superintendent Wilson, continuing to see stop-and-frisk as necessary police policy, ramped up lobbying efforts to get it protected by the courts as a legitimate police prerogative. Tellingly, the political leaders who were quickest to offer their support were from Chicago’s white suburban ring, not the city proper. Republican politicians from Melrose Park, River Forest and other suburbs led the initial charge to see a stop-and-frisk bill introduced into the state legislature.

Perhaps the most important booster in the long term, though, was Democratic Mayor Richard Daley, whom Wilson successfully recruited to the stop-and-risk cause that same year. Daley refracted stop-and-frisk through his own racial lens and used it to his own ends. He’d been bleeding white voters and was electorally vulnerable, and so stop-and-frisk appeared at that juncture as a way to win the trust of white voters who thought that he hadn’t been tough enough on race and crime. The holder of famously tremendous political clout in Chicago, he joined with Wilson to work across the partisan aisle for the bill’s passage.

The bill failed to pass through in 1965 and was vetoed by Democratic Governor Otto Kerner in 1967, but the coalition and the dynamics that would see it succeed were set in place. By 1968, the same year that the United States Supreme Court enshrined it into law in Terry v. Ohio, stop-and-frisk’s supporters saw it become Illinois law. It has persisted as a profoundly controversial policy measure ever since.

As in the past, when Trump calls for stop-and-frisk in Chicago—in a political moment surging with racial anxieties, and in which Americans report that they feel less “safe” despite crime being on a two-decade decline—the electoral value is obvious.

But the tale here is overwhelmingly cautionary. While Wilson earnestly believed in stop-and-frisk, Daley and other political supporters too often saw it through a lens of political benefit. Just as black leaders warned, it carved deep wounds into their city’s civic culture, particularly between the black community and the police force; and those who felt its impacts the greatest did not see attending benefits. There is, in short, little evidence that Chicago “needs stop-and-frisk.” But there is ample evidence that politicians, presidential or otherwise, should stop using it to help themselves.

Simon Balto is an Assistant Professor of History at Ball State University. He is the author of the forthcoming Occupied Territory: Policing Black Chicago from Red Summer to Black Power, which will be published by the University of North Carolina Press in 2018. 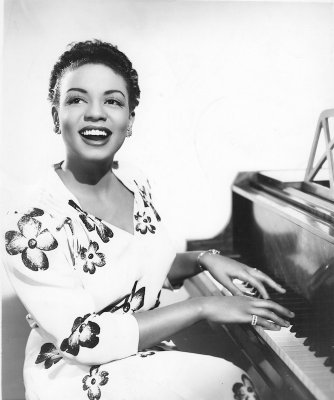 This Piano Prodigy Was the First African-American Woman to Host Her Own TV Show
Next Up: Editor's Pick