Why Religious Leaders Should Not Endorse Candidates

Almost every day I am asked which candidate I support and whether I will endorse a candidate to my congregation. I explain that not only do I believe it unwise, but to do so imperils the tax-exempt status of my synagogue.

Donald Trump has been advocating for the overturn of the Johnson amendment, which prohibits houses of worship advancing or hindering specific candidates or political parties. Some clergy members feel that this is an unfair limitation. They believe they should be able to speak in favor of candidates or parties they endorse, and they resent the possible rescinding of their tax-exempt status.

As the Rabbi of a synagogue that includes people of very different political views, I have given this question a good deal of thought. Clergy members are allowed to advocate for specific issues: many have taken stands on abortion or civil rights, for example. But they may not promote a party or candidate. I think that is a sensible and helpful rule.

There are messy questions of how advocacy would work—could people funnel money through tax-exempt religious institutions to their candidates, or use religious organizations to lobby for specific candidates? But aside from such process issues, more fundamental are three reasons why the Johnson Amendment is good for religion and good for the country.

1. Politics can distract from religious life.

As a Rabbi or Priest or Minister, the more political you become, the less suasion you have over the intimate parts of people’s lives. Politics can be so loud that people have a hard time coming to someone to officiate at a wedding or funeral or for counseling if they think the person is an advocate for the other side. Most of religious life is lived in the small spaces; we comfort and soothe and take care of one another. We pray together and celebrate together. To lose that to large public disputes is a tragedy for the community of believers.

2. Causes can be clear; candidates rarely are.

When as a religious leader you tie yourself to a person, you become implicated in all they are and do. There is no way to stay “above the fray.” Political life is messy. The best-intentioned politician will do things that cannot be anticipated or imagined during the campaign. You can promote a cause, and if the political winds shift, continue to promote it even if that necessitates a change in party or politician. You are preaching on a principle, not a person.

3. Religion is a refuge from the world.

On the street, in the newspaper, in the office, people conduct an ongoing debate about politics. The aptly named sanctuary where we pray should be just that—a sanctuary from the din of debate.

The Johnson Amendment is less a limitation on religion than a defense of its integrity. Let’s keep it for the sake of society, and the sake of the faithful. 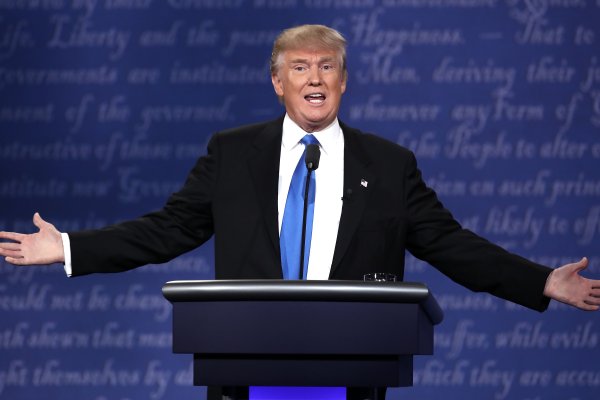 Dump That Donald Trump Supporter
Next Up: Editor's Pick