Monday night’s first presidential debate often resembled a schoolyard argument as the candidates interrupted and talked over one another, largely ignoring moderator Lester Holt’s attempts to impose order. Based on the transcript, which adds an ellipsis when someone is interrupted, TIME counted 84 times in which either Donald Trump, Hillary Clinton, Holt or the audience cut off the current speaker.

Trump, the Republican nominee, was responsible for 55 of those 84 interruptions, while Clinton contributed 11. The following interactive displays each line as a box, colored by the speaker, with a black border if that speaker cut in without being prompted. 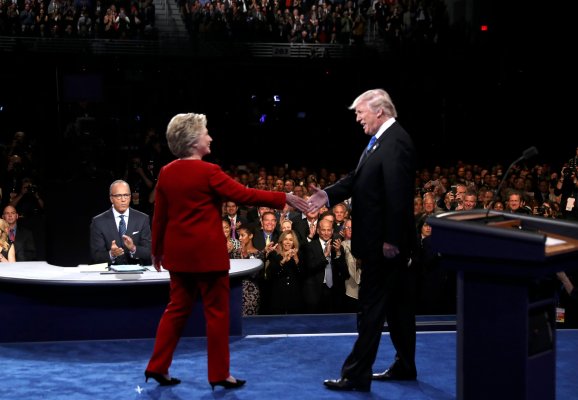 Undecided Voters: Clinton Won the Debate
Next Up: Editor's Pick