Sarah Jessica Parker is returning to television. On the pitch-dark HBO comedy Divorce, she plays Frances, a woman who thinks divorcing her husband of 17 years (played by Thomas Haden Church) will open her up to experience: “I want to save my life while I still care about it!” she declares. Yet she finds the process to be more laborious than she intended, drawn into a toxic pas-de-deux with the very person with whom she least wants to engage.

The series tracks Frances’s attempt to free herself, and it’s granular and real: Frances feels doubt, she behaves at times selfishly, she rises to her ex’s bait more times than is prudent. If it’s like Parker’s previous series, Sex and the City, at all, it’s only in that comedy’s darker moments—the effervescence of Carrie Bradshaw is long gone. That’s the point for Parker, who’s defining herself as an actress with many colors on her palette and a life’s worth of experience to draw upon. TIME spoke to Parker recently in New York City.

TIME: Since Sex and the City ended in 2004, you’ve worked in movies and on fashion lines. Why return to TV?

Sarah Jessica Parker: I love the medium. I love the limitations, I love its urgency. I love how disciplined and focused you need to be. I love that I can live a whole life on television. Playing Carrie Bradshaw, I spent more time, sometimes, being her and living her life than I was my own. That’s an enormously particular, rare, singular experience to have as a human being, that film cannot offer. I would much prefer to be working than sitting around on a big, luxurious budget. It should be hard. Everyone wants a half-hour on HBO, so we’d better be willing to work really hard and it had better be exhausting.

Frances, your Divorce character, is not always sympathetic. Are audiences ready for a heroine so complicated?

We used to go back and forth: “Should Carrie have an affair?” And I’m like, “Guys, Tony Soprano is a murderer!” Frances is real. She is a smart person. And we weren’t with her for those 17 years of marriage. We’re with her now—she’s exhausted and she’s made some bad choices. But those choices are going to be very familiar to some people.

Frances lives in a home that’s over-leveraged—but in your real life, you’re known in part for having a beautiful home in Manhattan and a very chic wardrobe. What do you access to get into her reality?

I’m aware of the world. I come from a family who was desperate to be middle-class. I’m aware of our economy, I’m aware of working mothers, I’m aware of how hard it is to pay bills. I’m a smart, thinking person who pays attention to the world around me—and I come from no money. I’m always drawn to these stories, whether it’s literature that I choose or stories that I want to tell. Because my life has afforded me to be in a different place economically speaking does not mean that I’m not aware. And by the way, what is middle class? If you really examine their finances, I’m not certain that they’re middle class. They’re changing credit cards to better interest rates. They’re slipping. It’s a true and real story for a lot of families in this country. It’s an important story to tell because these are all hardworking people.

Were you concerned that your two big TV characters are both defined in part by their relationships with men?

I see Divorce as a portrait of two people. Divorce, I learned, is that the very act of trying to get away from the other person requires that you do it with the other person you’re trying to get away from. I always felt that Carrie’s journey was toward love and home. It was how she chose to go about capturing love. Frances feels to me in a way more isolated, more alone, because she’s made decisions in a very different way. Neither of them feel defined by the men with whom they are entangled. I’m a woman, so what is familiar to me you might see in a way that I might not recognize.

You’re opening yourself up to celebrity life and the public eye once again. Is that hard?

My life is speculated about—my marriage is, constantly. I don’t imagine that it will become so much more dense that that will become overwhelming to me. I’ve weathered the worst already. The work is important to me. I want it to be well received. That matters to me. I care about trying to separate what matters and what doesn’t. I read, but I don’t read about myself. Sometimes, it’s brought to my attention for reasons that are legitimate. I’m much more human than people think. I’m easily hurt, still, after all these years. I have developed a tougher skin, but I’ve worked really hard and the show is interesting and important and I’m proud of my work and that’s all I can do. I can’t control it beyond that. I’d like to control it, but I can’t.

How do you push back against the rumors that you feuded with castmates on Sex and the City?

You answer when they’re deserving and worthy of an answer, and the rest you let go, and let your reputation speak for itself. It was always so heartbreaking to me that there was this narrative about Kim [Cattrall] and myself because it just didn’t reflect anything that happened on that set. They just didn’t do it to the Sopranos guys. It was so strange to me and upsetting. I posted something on Kim’s birthday and people were like “Oh my God, I didn’t know you liked her!” What? We were all at liberty to walk away at any time! But nobody asked those questions of shows with men. Isn’t that interesting?

Kim Kardashian recently took a selfie with you and declared you her “idol.” How has public life changed since the 1990s?

I’ve never taken a selfie. In my whole life. I don’t always love cameras everywhere in phones. There are times it feels very intrusive and inappropriate, especially when I’m with my children.

Your last tweet was in November 2014. Is it hard when anyone can be in your face online?

You either have the constitution for something like Twitter or you don’t. And since it’s not necessary, since I’m not required by law to be on Twitter, I felt very comfortable not being on Twitter. I didn’t like the tone. I was very distressed and disappointed by the language and the familiarity and the intimacy. People don’t have to like me. I don’t care about that at all. You’d be delusional to think there’d be no strong feelings objecting to me. But I was confused why people would follow and say mean things. I think when you can’t have a civilized conversation, I’m inclined to leave.

Does the coarsening of American discourse, as seen in the election, concern you?

It concerns me a lot. I think it would concern any parent. I don’t think you accomplish anything by being cruel or vulgar or uninformed. I love conversation and debate. I love it, I’ve always loved it and I think it’s good for us. I want to hear from everybody—people who are completely different, ideologically, politically, religiously, socially. What I don’t like is cruelty and uninformed unkindness. And I am worried. It gets a lot of attention and I don’t think it’s good for us as a nation. I don’t want that to be our greatest export.

Do you think women in particular have an obligation to vote for Hillary Clinton?

No. These young women, they’re feminists, whatever you want to call them, humanists—they grew up believing they can absolutely do anything that they want to do, to compete in a world in whichever way they want. They are looking at Hillary Clinton as a candidate. Not as a woman. So they are then basing their opinions and their ideas about voting based on the merits that they believe she brings as a candidate. And I think that says a huge amount about Hillary Clinton. And I don’t think Hillary Clinton would want anyone to feel that they have an obligation to her. I am drawn to her because of her long history as a public servant, what I know she wants to do, the social issues I really think she is best equipped to address. But if she were a man, I would say the same thing. But I cannot ignore—if she is elected, that that would be a monumental moment.

You were in a partnership with Mylan before their price increase on EpiPens hit the news. Did the flap lead you to reconsider other partnerships?

My greatest concern had been accessibility. And I had shared that concern with everybody up the chain of command. I thought there was an actual, working plan in process already. I’m enormously disappointed.

Questions about a potential third Sex and the City film tend to come up no matter what you’re promoting. Is it frustrating to not be able to move on?

I would be a fool to feel burdened by that, or frustrated or resentful. I wouldn’t be sitting here talking to you about Divorce if it weren’t for Sex and the City. The last movie came out in 2010. It was 13 years of my life, give or take—how better to have spent a career? And now it’s time for me to do something else. 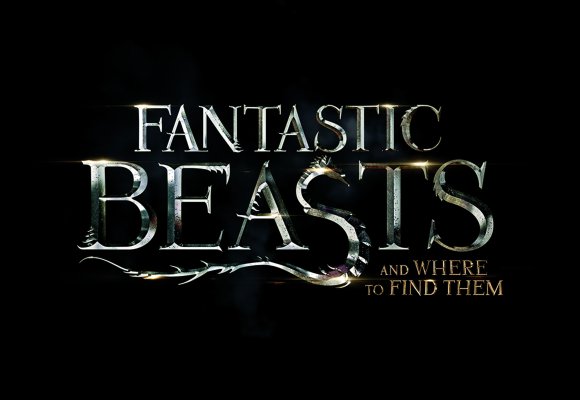