Donald Trump and Rosie O’Donnell have long been embroiled in a heated feud, but following the Republican nominee’s renewed criticism of O’Donnell during Monday’s first presidential debate, Madonna came to the defense of her former costar.

The 58-year-old singer took to Instagram early Tuesday morning to share a photo of herself and O’Donnell in 1992’s A League of Their Own with a caption sticking up for her longtime friend. “Mess with my girl Rosie and you’re messing with me!!! Cruelty never made anyone a winner,” she wrote, adding the hashtag #rebelhearts4ever.

The subject of O’Donnell was broached Monday when Hillary Clinton brought up Trump’s history of making misogynistic comments toward women, citing her opponent’s remarks about former Miss Universe Alicia Machado.

However, Trump responded by saying she deserved them. “Rosie O’Donnell, I said very tough things to her, and I think everybody would agree that she deserves it and nobody feels sorry for her,” he said.

Trump has previously referred to O’Donnell as “disgusting,” a “slob” and during the first Republican primary debate, a “fat pig.”

The feud originally began in 2006 when O’Donnell said Trump had gone bankrupt and called him a “snake-oil salesman” while hosting The View. 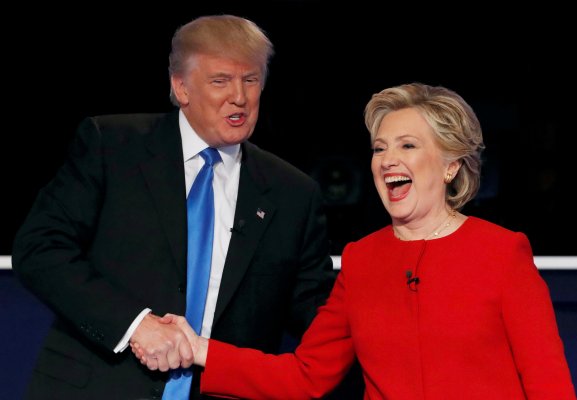