Where Trump Went Wrong at the Debate

If you only read one thing: Maybe you can’t wing your way to the White House after all. Donald Trump eschewed formal debate prep and it showed Monday night, as he repeatedly took the bait laid for him by Hillary Clinton—viewed overwhelmingly as the winner of the first-of-three contest. Even Trump seemed to know it as he became the first nominee in memory to personally visit the spin room for more than 20 minutes. He blamed the microphone, claimed he held his fire on Bill Clinton out of respect for Chelsea Clinton, and had surrogates suggesting he might skip the next debate (we’re not buying it). Trump also dialed into Fox and Friends to defend his performance, while his running mate, Mike Pence, made the rounds of morning television. A confident Clinton stepped back and allowed Trump’s bad news cycle to continue unimpeded. It was hardly a knock-out punch for Clinton, but after the first 20 minutes Trump struggled to do the one thing he had to do: prove to the American people that he’s presidential. There are already indications that the next debate, on Oct. 9, will be even more heated. But first, the two running-mates will face off one week from tonight.

Trump’s best moment: When he effectively made a change argument against Clinton—something his advisors and the Republican National Committee hoped he’d stick to throughout the night. “Hillary, I’d just ask you this,” Trump said. “You’ve been doing this for 30 years. Why are you just thinking about these solutions right now? For 30 years, you’ve been doing it, and now you’re just starting to think of solutions.”

Clinton’s best moment: Responding to a Donald Trump jab about her absence from the campaign trail in recent days to prepare for the debate, Clinton fired back with a broadside that drew applause from the audience in the debate hall—and likely struck a chord with voters at hope as even Trump testified to her experience. “I think Donald just criticized me for preparing for this debate,” Clinton said. “And, yes, I did. And you know what else I prepared for? I prepared to be president. And I think that’s a good thing.”

Clinton’s worst moment: While she managed to sidestep a question on her emails with a concise statement of contrition, but Clinton failed to adequately respond to a sustained Trump assault on her support of international trade agreements, including the Trans-Pacific Partnership, which Clinton supported but only opposed during her primary fight with Bernie Sanders. “I was against it once it was finally negotiated and the terms were laid out,” Clinton said.

Lester Holt’s best moment: The moderator largely stayed out of the debate, but inserted himself to call out a blatant Trump falsehood: his denial that he hadn’t pushed doubts about Obama’s legitimacy after the 2011 release of the president’s long-form birth certificate. “I just want to get the answer here,” Holt said. “The birth certificate was produced in 2011. You’ve continued to tell the story and question the president’s legitimacy in 2012, ’13, ’14, ’15…”

The Presidential Debate Was a Battle of the Sexes

TIME’s Sam Frizell reports on the chaos at Hofstra

“She gained a massive amount of weight and it was a real problem.” —Donald Trump on Alicia Machado, the former Miss Universe he defended insulting in an interview with Fox and Friends Tuesday morning. He added of the debate, “I thought she was very bad in the first half when they were asking normal questions. and when they were asking bad questions she did better.”

“He has a long record of engaging in racist behavior.” —Hillary Clinton using the ‘R’ word for Trump in the debate.

Joe Klein: Hillary Clinton Was Tough and Disciplined at the Debate [TIME]

Trump, Clinton deny their own words in debate [Associated Press]

The First Presidential Debate That Needed a Second Screen [TIME]

Who Is Alicia Machado? She Says Donald Trump Called Her ‘Miss Piggy’ [TIME]

Lester Holt stays out of the way [Politico] 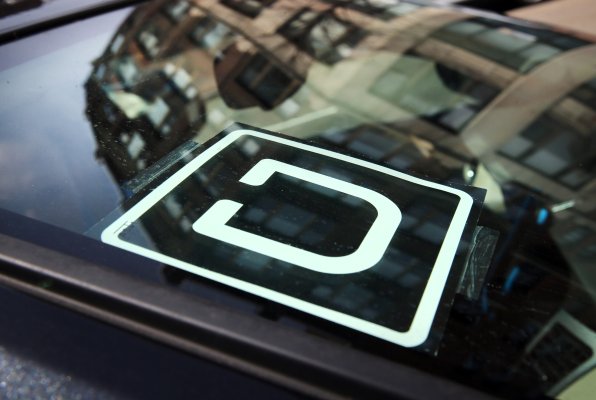 Uber Wants to Get Riders Registered to Vote
Next Up: Editor's Pick