Mysterious Flash Over Australia Was Likely a Meteor Crashing Offshore

A thunderous boom and a bright flash over the coast of northeastern Australia Monday night may have been a “big meteor” strike, according to local media.

Police in Central Queensland were inundated with phone calls after residents felt the earth shake and saw a bright light trail across the sky, according to the Gladstone Observer.

The Australian government’s geological survey, Geosciences Australia, confirmed that a “tremor” near the city of Gladstone at around 8:30 p.m. local time was not an earthquake.

Experts have since claimed the event was likely a large meteor striking near the coast. “The loud boom and bright light suggest an explosion of some kind, so meteor impact sounds like the best explanation, as far as we know at the moment,” David Parkinson, a cosmologist at the University of Queensland, told the Observer.

No reports of debris have yet surfaced and it is believed that a crash may have occurred offshore.

“[It] looked like a big as hell shooting star and lit up the beach,” witness Jacques Reimers posted on the page, according to the Guardian. “Then about a minute later a big bang and a shockwave came over the water and shook my car little bit was a pritty (sic) awesome experience.” 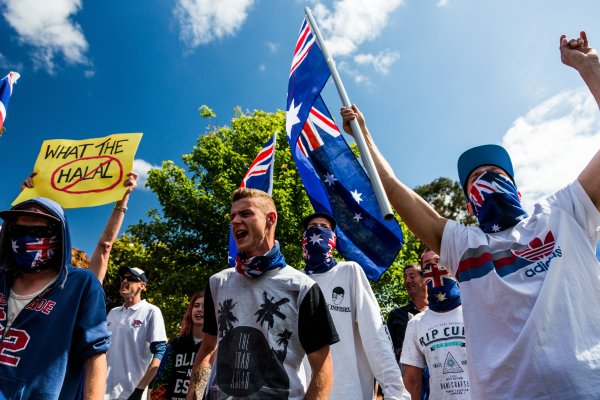 Poll: 49% of Australians Favor Ban on Muslim Immigrants
Next Up: Editor's Pick