Hillary Clinton Was Tough and Disciplined at the Debate

Well. We all know who won the debate, don’t we? She won on every count, and clearly. She wasn’t perfect; she was, in the words of a famous American, “likeable enough.” But that wasn’t the big deal. The big deal was that she was tough and disciplined — in a way, her most impressive moments came when she wasn’t talking, when she was on split screen listening to him. She didn’t waver; she listened with a perfect combination of attention and ironic bemusement, with just the slightest hint of “What a jerk” flickering at the corners of her eyes and her mouth.

He, by contrast, huffed and puffed and sniffled — what was that all about? — and sighed and groaned and mugged and drank water and interrupted, rudely, repeatedly. He made not one solid, specific proposal during the course of the 90 minutes. He did make some compelling points, at least to his followers. Yes, stop and frisk made a significant contribution to cleaning up New York City’s streets … but no, in the end, it was ruled unconstitutional. She was right about that.

When he was clear, he was “good” — that is, he made arguments that could be debated pro and con: Should we push our NATO allies harder to contribute more? You bet. But then he undercut himself by claiming personal responsibility — he did it! — for getting NATO to focus on terrorism. I suspect the terrorist attacks in NATO countries like France, Belgium, Germany, Turkey had a bit more to do with it than Trump did. His ego, always ridiculous, seemed almost psychotic on the biggest stage of all.

And all those Trump real estate properties he just had to mention — in Washington, D.C.; Charlotte, N.C.; Chicago; Florida — they were a form of shorthand: See, if I can build successfully in these places then I can build on the national level. I can build a better regulatory system, a better military. But he never actually said any of that. The point is, if he could have restrained himself, kept to the perceived failures of the Obama Administration, kept pushing the fact that while she offered details, she offered no vision — nothing much at all different from the way things have been going — that might have been a frustratingly narrow, but successful to credibility in the debate.

But he just couldn’t. He talked a lot of nonsense about his tax returns and his vile birtherism. Clinton made him pay for both of those. He mentioned his feud with Rosie O’Donnell: and Americans everywhere, who work long hours and don’t have much time for daytime TV, wondered: Why is a potential President of the United States acting as if this dustup was as important as the Cuban Missile Crisis? He ranted, hilariously, about his really terrific temperament — as if it were a property, something he had acquired, like Trump Tower — and, in doing so, proved the opposite. He is, without question, about as unfit for the presidency, temperamentally, as, well, O’Donnell.

Clinton’s temperament was terrific, almost. Did she seem a bit smug toward the end? Maybe, but — who wouldn’t? And she kept it under control. Did she use the phrase “I have a plan” three times too often, rather than dealing with the live emotions of issues like race relations and job loss and hypertiny government regulations that drive small businesspeople crazy? Yes, unquestionably. Did she dissemble a bit on issues like the Trans-Pacific Trade Partnership? You bet, but those were well in the bounds of standard political behavior.

It can be argued that this election is about which is more unacceptable: her standard political behavior or Trump’s lacerating antipolitical behavior. For one night, her stability made his instability seem obnoxious, if not unhinged.

Finally, a caveat: although the snap polls and early focus groups had Clinton a comfortable winner for the night (Frank Luntz, who owns the focus group form, was simply horrified by Trump’s ineptitude) … beware. I don’t know that many votes were flipped in the first presidential debate. I know that Trump’s supporters have already factored in his rudeness and bullying. They see his simplicity as strength. As for the 873 or so fence-sitters still abroad in the land, I suspect Hillary Clinton seemed … very Hillary Clinton.

But likeable enough — and, perhaps, she even created a path to close the deal on this very personal political choice in the second and, to my mind, most important debate — the town meeting on Oct. 9, where actual citizens get to ask questions. 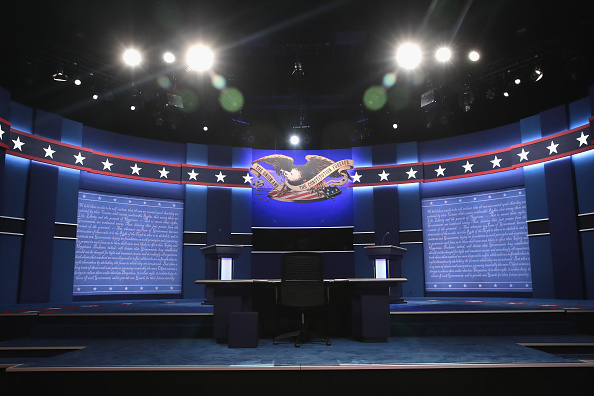 Read a Transcript of the First Debate
Next Up: Editor's Pick