Lena Dunham donned a Hillary mask to show her support for the Democratic nominee. Ivanka Trump, one of Donald Trump’s daughters, posted a photo of her six-month-old son Theodore wearing an elephant towel to support his grandfather, the Republican nominee.

Elizabeth Banks, Debra Messing, Chrissy Teigen, and Zach Braff were among many in Hollywood who took to social media during the debate. Read a sampling below: 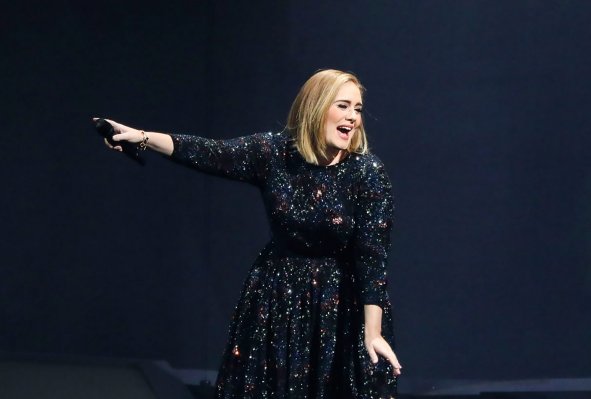 Adele on Brad Pitt and Angelina Jolie: 'I Wish Them Both the Best, But I Don’t Care'
Next Up: Editor's Pick