The list of potential Twitter acquirers continues to grow. In addition to recent reports that Salesforce and Google are interested in possibly buying the real-time news service, Disney is now said to be considering an acquisition bid as well.

The news and entertainment conglomerate is “working with a financial adviser to evaluate a possible bid for Twitter,” according to a Bloomberg News report that cites anonymous sources familiar with the situation.

In other words, Disney and an investment firm are going over Twitter’s financial data and looking at the potential benefits of combining the two companies, but that process could fall apart or be shelved at any point.

Salesforce and Google are said to be in a similar situation, according to a number of recent reports, which also said that Twitter is working with Goldman Sachs to consider potential takeover offers for the company.

That news helped push Twitter’s share price up 21% in mid-day trading on Friday. Until the latest takeover talk began, the stock had fallen by more than 50% in the past year, and even at its current level it is still well below the $70 it traded for after its initial public offering in 2013.

CNBC also reported on Monday that a sale of Twitter could happen fairly quickly—within the next 30-45 days, sources said—and that Microsoft may be interested in making an offer as well.

Although Disney may not seem like an obvious candidate to acquire Twitter, there are a number of reasons why it may be interested. Although the service only has about 300 million users, far less than Facebook’s 1.5 billion, it has a treasure trove of data on the interests and behavior of those users.

That kind of data, which could be used to target advertising and other content to users, is undoubtedly part of what Salesforce and Google see as valuable about Twitter, and a media company like Disney would likely see that value as well.

Disney also owns ABC News and sports giant ESPN, and Twitter has become both a real-time news source of remarkable power and a place where millions of users go to discuss both the news and in particular sporting events. Twitter co-founder Jack Dorsey is also on Disney’s board of directors.

Twitter has spent much of its time and resources recently signing deals with video providers such as the National Football League and Bloomberg to stream live content,including Monday’s presidential debates (which will also appear on Time Inc. websites including Time and Fortune, as part of a deal with Twitter).

With its resources, Disney would be able to help Twitter improve its video streaming and possibly strike new deals with other content providers. As a result of a recent acquisition, Disney owns a stake in BAMTech, the digital arm of Major League Baseball, which runs streaming services for ESPN and others, including Twitter.

With more and more TV content moving to mobile and digital services, Disney is probably also looking for ways to hedge its massive investments in traditional TV such as ESPN, and the real-time news service may look like a way to do that.

One of the major sticking points for any possible Twitter acquirer including Disney, however, is the fact that a reasonable premium for the shares would put a deal for Twitter in the $20-billion range, and that’s a lot of money to pay for a company that lost half a billion dollars last year and is showing little or no user growth.

Also, as Recode’s Peter Kafka points out, such a deal would be more than Disney paid for Pixar, Marvel Entertainment and Lucasfilm combined, and yet there is virtually no chance that Twitter would turn out to be as valuable as any of those investments. 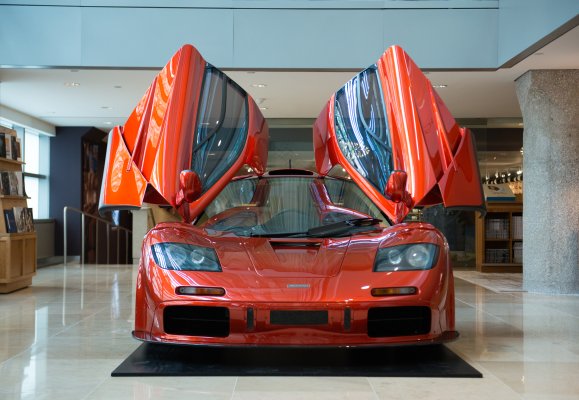 Supercar Company Denies Apple Might Buy It
Next Up: Editor's Pick