A Missouri family of four’s dream vacation came to a horrific end on Sunday after a car accident killed parents Greg and Sarah Moyers, and sent their daughters Hailey, 13, and Sophia, 8, to the hospital with severe injuries, the Orlando Sentinel reported.

After spending several days at the Disney World and Universal Studios theme parks in Florida, the Moyers were driving to the beach when a vehicle drifted into their lane near DeLand, causing them to veer off the road and hit a tree, according to WKMG Orlando.

The accident happened just before 12:30 p.m., Sunday, according to the Florida Highway Patrol. The other driver, Charles King of North Carolina, was uninjured, said the Sentinel.

Hailey suffered serious injuries and Sophia suffered critical injuries, reported WKMG. They were taken to the Arnold Palmer Hospital for Children in Orlando.

The Moyers, of Leadwood, Missouri, drove to Florida, Thursday, a friend told the Sentinel.

“Their kids were their world,” said Loni Burnside Eaton. “They were very involved and supportive parents and just wanted the best for them. They wanted the girls to experience Disney and the beach.”

In addition to Hailey and Sophia, the couple were raising three other children – including two they took in from Sarah’s sister, Eaton told the Sentinel.

Sarah worked as a manager at McDonald’s and Greg owned a muffler shop.

Family and friends were traveling to Florida, Monday, to break the news of their parents’ death to Hailey and Sophia.

Troopers are still investigating the crash, and no charges have been filed, said the Sentinel. 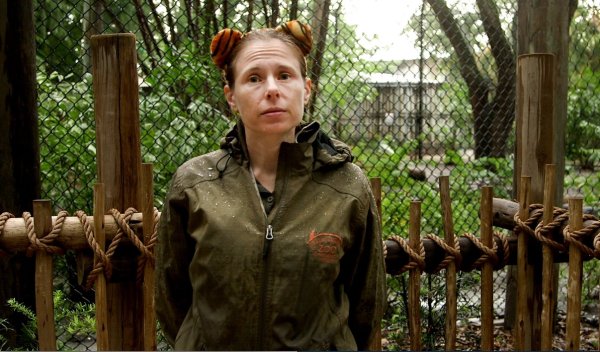 Florida Zookeeper Killed by Tiger Had Screamed Into Her Radio for Help
Next Up: Editor's Pick