More than 90% of the world’s population lives in areas with unsafe pollution levels, according to a new report.

The research, conducted by the World Health Organization (WHO), underscores the growing risk that air pollution poses to virtually every demographic group across the globe. More than 6 million people died in 2012 from ailments related to air pollution, according to the WHO.

“Air pollution continues take a toll on the health of the most vulnerable populations — women, children and the older adults,” said Flavia Bustreo, WHO assistant director general, in a statement. “For people to be healthy, they must breathe clean air from their first breath to their last.”

The study incorporates data on levels of particulate matter, a mixture of tiny particulates that make up pollution, in 3,000 cities and towns across the globe. Unsafe air-pollution levels hit every region tracked, but some areas are worse off than others. Residents of Africa, Asia and the Middle East tend to face the worst pollution, according to the report. High-income countries also tend to be far better off than their low- and middle-income counterparts, where 90% of global deaths occur.

The trend lines on air pollution depend on where researchers look and what kind of pollutant they evaluate. Particulate-matter pollution has declined in recent decades in most developed countries, though it remains present at unsafe levels. Nitrogen oxide, another toxic pollutant, has become more prevalent in the developed world particularly Europe thanks to the rise of diesel vehicles. In developing countries, levels of particulate matter continue to increase in line with economic and industrial growth, and the rise in car ownership

The body of research on the health effects — and subsequent economic effects — of air pollution has grown in recent years as scientists have uncovered the way even small amounts of air pollution influence everything from pregnancy to brain functioning. 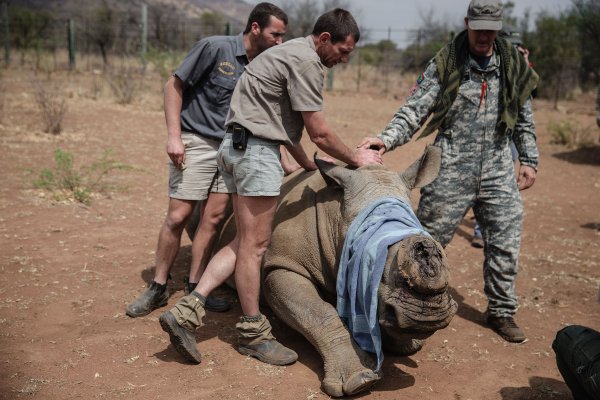 Vietnam's Role in Africa's Poaching Crisis Cannot Be Ignored
Next Up: Editor's Pick