Hazel Scott was a born improviser, driven to break the rules. A musical prodigy, jazz sensation and television pioneer, she was born in Trinidad in 1920, but moved to New York—into the heart of the Harlem Renaissance—at age 4. Her piano playing was so impressive that a Juilliard professor agreed to teach Scott, whose mother was also a musician, even while she was still much too young for formal training at the school. At 15, she had joined her mother’s all-female touring jazz band. Before she was out of her teens she had performed at the 1939 World’s Fair in New York, and was a regular on stage at Café Society, the downtown nightclub that was first in the city to welcome a racially integrated crowd. Her signature style of “swinging the classics” yoked Beethoven to Count Basie, breaking down familiar compositions and shaking up the pieces until something quite new emerged.

There was something thrilling and subversive in Scott’s hybrid art, and to the audiences and critics of the time, it seemed clearly rooted in her race and gender.

In a glowing 1942 profile, TIME attributed her performance to the stirring of some dark inner fire that could erupt any moment: “Strange notes and rhythms creep in, the melody is tortured with hints of boogie-woogie, until finally, happily, Hazel Scott surrenders to her worse nature and beats the keyboard into a rack of bones.” Her playing was sensual, sexy, seductive: with an “impish flicker of a smile” and “an insinuating movement” of her bare shoulder, she would signal to the audience that things were about to heat up.

Whatever the forces driving her fingers and fists over the keys, Scott’s dynamic style brought her huge audiences and national fame. By 1945 she was earning the equivalent today of almost a million dollars a year, and had several Hollywood appearances under her belt-although she refused point-blank to play the stereotypical maid roles usually assigned to women of color. She appeared with her contemporary Lena Horne in 1944’s Broadway Rhythm, and continued to break new ground in entertainment throughout the decade.

In the summer of 1950, she became the first black woman to host her own television show: a 15-minute, three times-a-week showcase for her musical talent.

But that same year, at the height of the McCarthy era, Scott was named (along with Lena Horne once again) in Red Channels, the infamous pamphlet listing 151 supposed Communist sympathizers in the entertainment industries. She voluntarily appeared before the House Un-American Activities Committee and read a statement confirming that several years earlier she had supported Benjamin J. Davis, Harlem’s communist candidate for city council, but denying that she was a party member. Such nuances carried little weight either with HUAC or the red-scared public. A week after her appearance, in September, Scott’s show was canceled.

The seat on the city council that the communist Davis won in 1943 had been vacant because the incumbent—another Harlem political firebrand, Adam Clayton Powell Jr.—had given it up to run for Congress. At the time, Powell, pastor of Harlem’s prominent Abyssinian Baptist Church, was carrying on a very public affair with Hazel Scott, despite being married to a different nightclub singer.

In January 1945, he would become the first African American from New York to be elected to national office. A few months later, he was divorced and ready to marry Scott in high style.

The August 1945 wedding of the “tabloid fixtures” Scott and Powell was glamorous chaos: 3,000-a thousand more than were invited-showed up to Café Society Uptown for the party. The groom tried to throw out the assembled scrum of newspaper photographers in order that LIFE magazine could have the exclusive, but they refused to leave or to work until Powell apologized. The highlights of the event therefore had to be described rather than depicted: a cake in the shape of the White House, the twice-around-the-block reception line, the police guard and the bride’s knee-length lace and satin gown.

After their wedding, Powell and Scott used their knack for publicity to draw attention to the fight for civil rights. In October, Scott (at her husband’s instigation) asked to play a concert at the Constitution Hall of the Georgia branch of the Daughters of the American Revolution, a whites-only venue. The D.A.R.’s rejection of the star drew public protests and rebukes from President Truman and the First Lady. Scott instead played Carnegie Hall, in an event that TIME noted was sure to impress “connoisseurs of the art of public relations.”

Powell and Scott divorced in 1960, after a lengthy separation. Both remarried within weeks.

Scott’s fame waned with the popularity of her musical style through the 1960s and ’70s, though she continued to perform and record. She was terminally ill with cancer when she played her final concerts at the Milford Plaza Hotel in August 1981, two months before her death, finding life in performance until the very end. 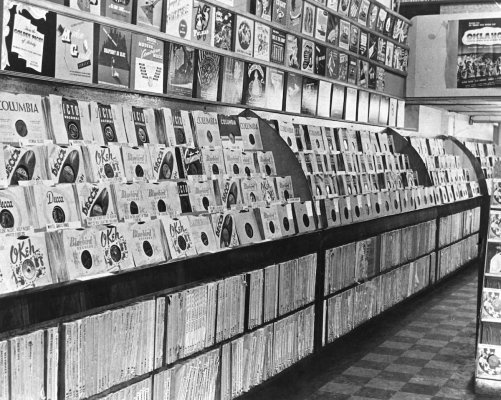 The Songwriter Who Broke Barriers in the 1950s
Next Up: Editor's Pick