In an unusual coincidence, the season premiere episode of long-running animated comedy The Simpsons made a reference to the late famed golfer Arnold Palmer, who passed away on Sunday — the same day the episode aired — at 87. In the oddly prescient scene, Homer enthusiastically describes one of his bizarre schemes to Marge, and it all revolves around Palmer’s namesake drink.

“I’m going to fill a Super Soaker full of lemonade, Karl’s going to fill one with iced tea and we’re going to Arnold Palmer Lenny when he walks in!” he begins.

“Yeah, you see, Arnold Palmer was a golfer and he made up this drink where it’s not a full glass of lemonade or a full glass of iced tea,” Homer then explains about the now-classic beverage.

Twitter users were quick to point out the eerie reference, calling it “scary” and “weird,” especially since Palmer hadn’t particularly been in the news recently. The episode, the first in the show’s 28th season, had been written prior to Palmer’s passing. 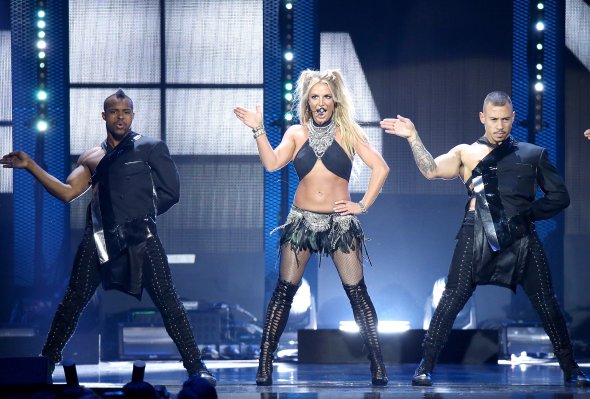 Britney Spears Heats Up Onstage at the iHeartRadio Festival
Next Up: Editor's Pick