Aviation Emissions Are Next Target in Fight Against Climate Change

Negotiators from around the world will craft a framework to limit future aviation emissions at a conference in Montreal this week in what they hope will be a significant step toward addressing climate change.

The negotiators aim to cap emissions when the agreement would take effect in 2021, requiring airlines to find ways to grow without polluting. Some of that goal would likely be accomplished with advanced technology and more efficient aircraft. Many airlines also hope for a mandatory international carbon offset or cap-and-trade program to meet the remaining need.

Officials from more than 50 countries, including the U.S. and China, hope that an agreement will be reached by the conclusion of the International Civil Aviation Organization (ICAO) conference in early October. The countries have broad agreement on a draft text, but many details remain up for negotiation. When certain measures become binding is a central discussion point.

Read More: How Climate Change Could Make Your Flights Longer

“We are on the brink of a historic agreement—a first for an industry sector at the global level,” said Alexandre de Juniac, head of IATA, the international trade association for airlines, in a statement. “Airlines support it and urge governments to agree.”

An agreement to address aviation emissions may play a key role in determining whether global leaders will be able to meet the goal of keeping global temperatures from rising more than 2°C (3.6°F) above pre-industrial levels by 2100. That goal was enshrined in the Paris Agreement reached last year, which commits countries to fighting climate change within their borders. But the accord notably does not address emissions across borders in areas like aviation and shipping. (The measure up for debate in Montreal does not affect domestic aviation emissions).

Stemming emissions in aviation in particular presents a difficult task. Emissions from the global aviation industry are approximately equivalent to those from Germany currently, no small sum. The industry is expected to grow at a breakneck pace in the coming decades, in large part due to increased access to air travel in the developing world. 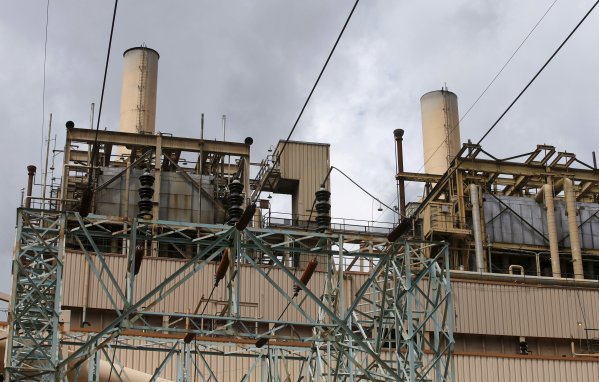 U.S. Likely to Fall Short on Climate Change: Study
Next Up: Editor's Pick