Actor Isaiah Washington called on the African American community nationwide to boycott their obligations on Monday in the wake of the police shootings of black men in North Carolina and Oklahoma.

Washington suggested that the boycott, during which African Americans would avoid going to work, school, and shops, would spur the greater national community to consider the economic impact blacks have in the U.S.

“Imagine if every single African American in the United States that was really fed up with being angry, sad and disgusted, would pick ONE DAY to simply ‘stay at home’ from every single job, work site, sports arena and government office in the United States of America,” Washington wrote on Facebook. “I’m very sure that within 72 hours from Wall Street to the NFL…Black Lives Would Matter.”

Washington used the hashtags #RIPTerenceCrutcher #HandsUpDontShoot as well as #StayHomeSeptember262016 in his orginal post, which went up Sept. 21. On Monday Sept. 19, the Tulsa police department released a video that showed 40-year-old Crutcher being shot and killed by police while his hands were in the air. Later that week, another black man was shot and killed by police in Charlotte. Videos of that shooting, witness and police accounts all tell conflicting stories—the family of Keith Lamont Scott insists he was unarmed, while police say he was holding a gun when they shot and killed him.

A quick scan of the hashtag #StayHomeSeptember262016 shows that while some may be participating , most who are aware of it have said the pull of work and bills is keeping them from participating. 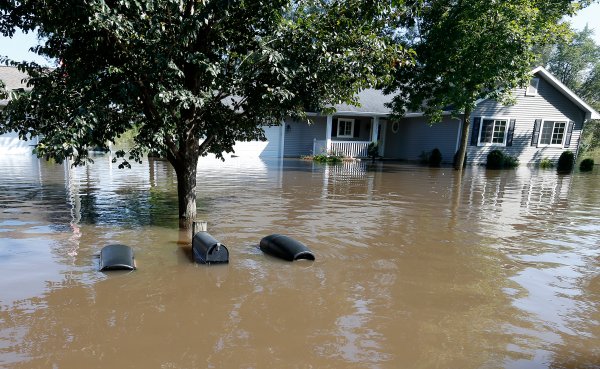 Iowa Prepares for Floods as Waters Inch Toward 23'
Next Up: Editor's Pick