This Agent Is Upset That Female Models Make More Than Men

A top modeling agent wants to end the industry’s gender pay gap—which, unlike most industries, advantages women over men.

Elizabeth Rose, the director of London’s Premier Model Management, told BBC that she wants her female and male clients to get paid the same rate for the same work. The industry’s pay gap has been documented before, with Fortune reporting that the top female models bring home millions more dollars than men. For instance, Gisele Bündchen, the highest earning female model, brought home $42 million in 2013, per Forbes, while the top earning male model, Sean O’Pry, only took home $1.5 million that year.

“It’s unfair for men [and] I wouldn’t say it’s female empowerment at all,” Rose told BBC.

One reason for the pay gap? The women’s fashion industry brings in $621 billion worldwide a year, while the men’s industry only makes $4oo billion, according to ABC. And while female models can become household names, sign multi-million contracts for brands, and walk the runways at much-publicized fashion weeks twice a year, male models just don’t get the same attention.

But of course, modeling is only one of a few industries where women make more than men. In 2015, women, on average, made only about 80% of what men made.

Still, Rose says she’s determined to make sure male models aren’t discriminated against because of their gender, asking companies she works with to pay male models as much as female models.

“The more models are made aware of it, the more you can try and help change it, because the more agents that say, ‘No, we’re not accepting this,’ that’s the only way it’ll ever change,” Rose told BBC. “And models standing up and saying, ‘I’m not going to do this unless I’m paid the same as the woman.'” 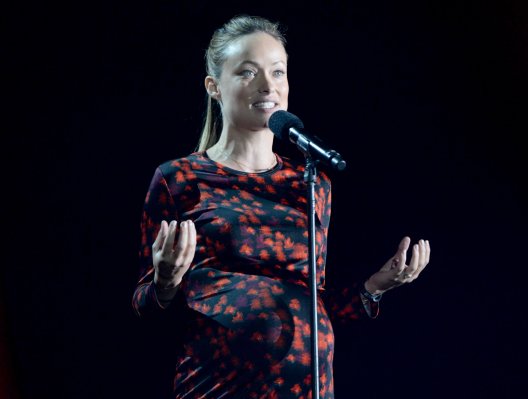 Olivia Wilde’s Gender Reveal Is a Hillary Clinton Endorsement
Next Up: Editor's Pick