Donald Trump told Israeli Prime Minister Benjamin Netanyahu that as president he would recognize Jerusalem as the capital of Israel, his campaign said on Sunday.

The statement, which was made during a meeting that lasted over an hour at Trump Tower in New York, would mark a shift in American foreign policy as the U.S.— as well as almost every other country in the world— does not recognize Jerusalem as Israel’s capital and maintains its embassy in Tel Aviv. The international community does not accept Jerusalem as Israel’s capital because its status has not been resolved since Israel established itself in West Jerusalem in 1948 and then effectively annexed East Jerusalem after the 1967 Six Day War.

Trump told the leader that under his administration the U.S. will “recognize Jerusalem as the undivided capital of the State of Israel,” the campaign statement read, repeating his promise to move the U.S. embassy to Tel Aviv.

Hillary Clinton also met Netanyahu for less than an hour in Manhattan, CBS reports. Reporters were barred from covering either event. 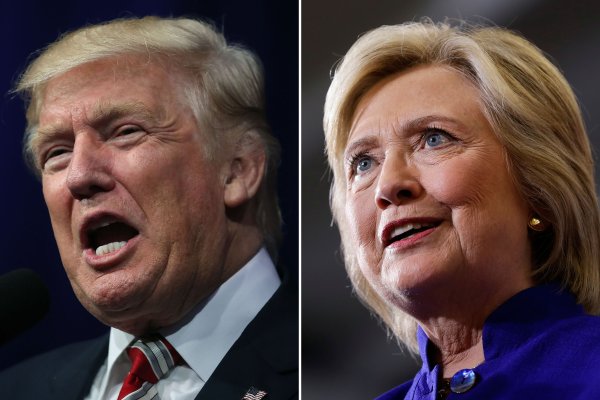 How to Watch the Clinton-Trump Debate Online
Next Up: Editor's Pick