Donald Trump is looking to seize on the excitement surrounding Monday night’s first presidential debate with a pair of Snapchat filters that will be available nationwide.

The first ad, which will go live at midnight Monday marks debate day with art of exploding fireworks and the marquee “Donald J. Trump vs Crooked Hillary.” According to a source familiar with the buy, it will be live for most of Monday before being replaced during the debate with a surprise filter without a Clinton attack.

The Republican nominee has invested aggressively in digital ads on Facebook, Snapchat, and other platforms—primarily as a fundraising tool. But Trump, who is looking to refocus his message around being a ‘change candidate’ in Monday’s debate, is also looking to capitalize on younger voters’ frustrations with Hillary Clinton’s candidacy.

Clinton’s campaign announced last week that it had reserved at least $30 million in digital ads for the remainder of the campaign as it struggles to motivate the growing demographic to the polls. Trump has extensively used Snapchat geofilters for his campaign rallies, but the debate ad is the first nationwide filter launched by a political campaign.

A copy of the filter is below: 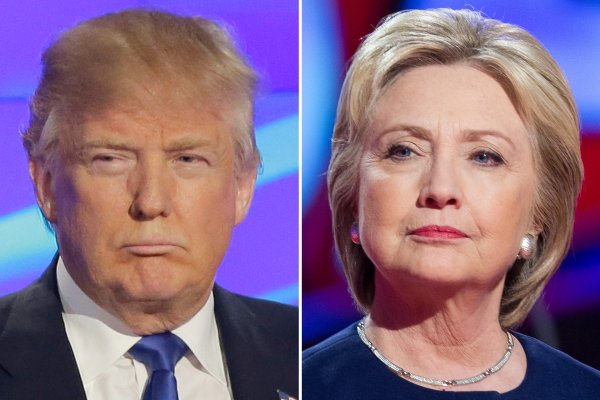 The Big Night
Next Up: Editor's Pick