Police forensic experts examine the scene of an explosion that occurred late on Saturday night in central Budapest, Hungary, on Sept. 25, 2016.
Peter Lakatos—MTI/AP
By Mahita Gajanan

Hungarian authorities are searching for a man who set off a homemade bomb that seriously wounded two police officers on Saturday night.

National police chief Karoly Papp said police were the targets in the bomb blast in Budapest, the Associated Press reported.

“We have established without a doubt that our police officers were the targets of the attack,” Papp said. “They wanted to execute my police officers.”

A 23-year-old officer suffered life-threatening injuries in the bomb blast, while her 26-year-old partner also sustained serious wounds while they were on foot patrol. Both officers were in intensive care after surgery on Sunday.

Papp did not say why the suspect targeted police officers, although he did not rule out terrorism as a motive. Authorities are offering 10-million-forint ($36,700) for information leading to the suspect’s capture. They are seeking a man believed to be 20 to 25 years old and 5-foot-6-inches tall. 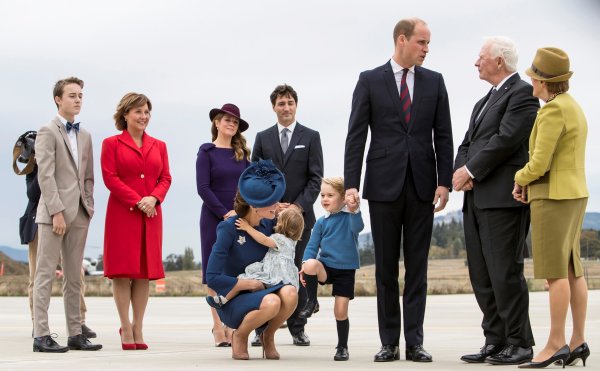 Prince George Did Not Want a High Five From Justin Trudeau
Next Up: Editor's Pick