In a new interview with Wonderland magazine, eternal American icon Kim Kardashian West mused on her husband Kanye’s potential political ambitions. This time last year, the rapper and designer had mentioned that he was “definitely” eyeing a 2020 presidential bid, but recognized he would need to do “a lot of research” and “growing up” before then. Meanwhile, Kardashian-West shared her feelings on the prospect of a FLOTUS role.

“Look at all the awful things they’re doing to Melania [Trump], putting up the naked photos,” Kardashian West told Wonderland. “I’ll say to Kanye: ‘Babe, you know the kind of photos they’d put up of me!’”

As for Kanye’s political party affiliation were he to run, Kim—whose stepdad Caitlyn Jenner is an avowed Republican—had this to say: “I don’t wanna put words in his mouth, but I’m pretty sure the Democrats. Maybe independent? I don’t know how serious he is about it. We’ll see…” 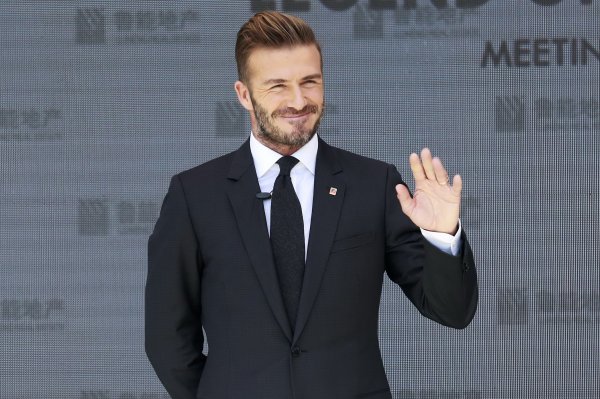 David Beckham Drinks Wine, Does Pushups to Classical Music
Next Up: Editor's Pick