Malaysian government officials Tuesday released a transcript of communication between the missing plane and aircraft control, revealing that the last words from the cockpit were not what officials had previously reported.

In the early stages of the investigation into the unexplained March 8 disappearance of Malaysia Airlines flight 370 with 239 people aboard, officials said the cockpit signed off “All right, good night” before vanishing. The newly released cockpit transcript reveals the sign-off was, in fact, “Good night Malaysian three seven zero.”

The new final sign-off indicates nothing out of the ordinary, CNN reports, but raises questions about the credibility of Malaysian authorities, who gave no explanation for the discrepancy.

“We haven’t had a straight, clear word that we can have a lot of fidelity in,” a U.S. Federal Aviation Administration official said. “We have the tragedy of the crash, we have the tragedy of an investigation gone awry and then we have questions about where we go from here.”

An anonymous government source told CNN that the flight’s turn off course is now being considered a “criminal act” perpetrated by “someone with good flying knowledge of the aircraft.” 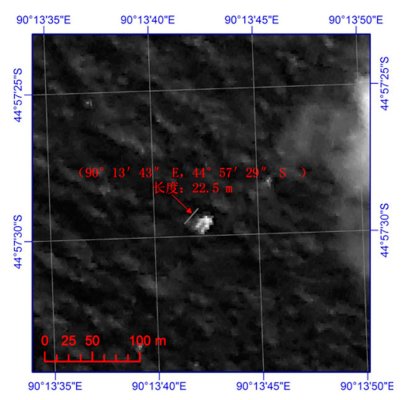