Viola Davis took home the Emmy for her role as Annalise Keating on How to Get Away With Murder in 2015, but found herself relieved not to win the same honor this year.

The reason was both relatable and very, very pragmatic; Davis had eaten one of the peanut butter sandwiches that Jimmy Kimmel’s mother had made, which the Stranger Things kids had distributed during the show and subsequently had peanut butter all over her Marchesa gown. Additionally, she was experiencing hot flashes on and off throughout the night, which is hardly an ideal comfort level for delivering an acceptance speech.

The interview also gave us a heartwarming look into the actor’s life, where people often conflate her actual person with her fierce characters Annalise Keating and Amanda Waller. 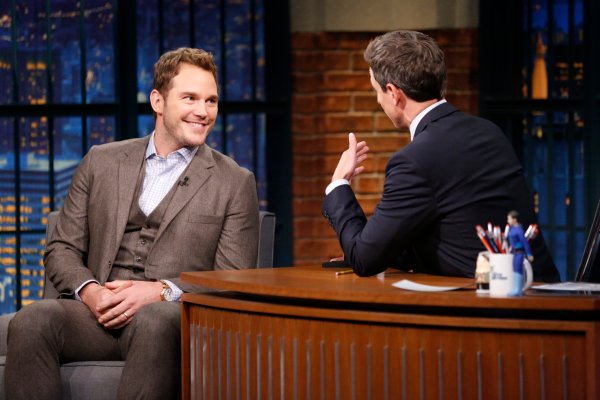 Watch Chris Pratt Explain Why He's 'Bad' With Horses
Next Up: Editor's Pick