For as long as humans have printed books, censors have argued over their content and tried to limit some books’ distribution. But the reasons for challenging literature change over time, and as Banned Book Week begins on Sept. 25, it’s clear that public discomfort with particular ideas has evolved rapidly even in the last 20 years.

When the American Library Association started keeping a database of challenged books in the early ’90s, the reasons cited were fairly straightforward, according to James LaRue, director of the ALA Office for Intellectual Freedom. “‘Don’t like the language,’ or ‘There’s too much sex’—they’d tend to fall into those two categories,” he says. Some books are still challenged for those reasons—Fifty Shades of Grey is a common example. But there’s been a shift toward seeking to ban books “focused on issues of diversity—things that are by or about people of color, or LGBT, or disabilities, or religious and cultural minorities,” LaRue says. “It seems like that shift is very clear.”

The ALA’s list of the 10 most challenged books in 2015 bears this out: it includes I Am Jazz and Beyond Magenta, about young transgender people; Fun Home and Two Boys Kissing, which deal with homosexuality; Habibi and Nasreen’s Secret School, which feature Muslim characters; and The Curious Incident of the Dog in the Night-Time, by Mark Haddon, which was cited for “atheism.” In contrast, the top 10 most-challenged books of 2001 were more straightforwardly banned for strong language, sexual content and drugs, like The Chocolate War and Go Ask Alice.

The shift seems to be linked to demographic changes in the country—and the political fear-mongering that can accompany those changes, LaRue says. “There’s a sense that a previous majority of white Anglo-Saxon Protestants are kind of moving into a minority, and there’s this lashing out to say, ‘Can we just please make things the way that they used to be?’” LaRue says. “We don’t get many challenges by diverse people,” he adds. In recent years, book challenges have peaked while religious liberty bills were in the news, he says.

Here’s a look at how things have changed in the past 15 years:

But the recent backlash challenges have not been limited to conservatives: the Bible is on the top 10 list for 2015, in part because of concerns about why a book that argues for the murder of homosexuals (as in Leviticus) would be in a public library. Opposition like this comes from “people that are just questioning in a larger sense what is the appropriate role of religion in our society,” LaRue says.

Over time, some books lose their opponents—the Harry Potter series, for instance, were the most-challenged books from 2000 to 2009, but have since fallen off the top 10 list. “There was a period there where Harry Potter was [considered] a Satanist and a cult, and people were doing book cuttings and book burnings,” LaRue says. “And now if you read people that are kind of on the right side of the religious spectrum, their kids love the Harry Potter books, so sometimes the things that we’re convinced are signs that the end is nigh are completely normalized in five years.”

The ALA usually learns that a book has been challenged either from librarians at schools or public or academic libraries calling in incidents, or from reports in local newspapers. In recent years there’s actually been a decline in reports—the ALA recorded 311 challenges in 2014 and only 275 in 2015. On the surface, that may seem like a good thing—but it probably indicates that fewer people are speaking up when a book is removed, meaning more banning is going on under the radar, LaRue says. “We have reason to believe that where censorship starts to succeed, there’s less reporting about it,” LaRue says. “So we can say it’s hard for us to know, we know that challenges are underreported, but we don’t know by how much.” It doesn’t help that school librarians are frequently the victims of school layoffs, meaning there are fewer professionals “trained to use this language of intellectual freedom.”

Still, one thing hasn’t changed since the dawn of censorship: having your book banned is very, very good for an author’s sales. “If what you’re trying to do is stop this book from getting into the hands of a minor,” LaRue says, “the surest way to [fail] is to declare it forbidden.” 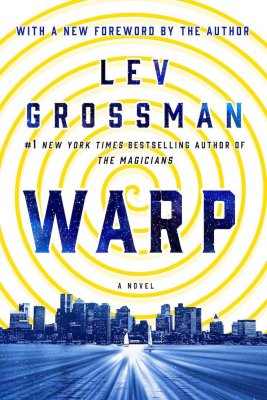 Revisiting My First Novel, Warp, Let Me Make Peace With My Former Self
Next Up: Editor's Pick