Brad Pitt Didn't Hit Child But 'Fight Got Out of Hand': Report

Brad Pitt did not strike his child during a heated mid-flight argument with Angelina Jolie last week, according to a source with knowledge of the situation.

Pitt is accused of being “verbally abusive” and getting “physical” with one of his children on the family’s private plane last Wednesday, a source previously told PEOPLE.

The L.A. County Department of Children and Family Services is investigating the 52-year-old after the alleged incident was reported to them anonymously. The case has also been referred to the FBI under special aircraft jurisdiction due to the incident being mid-flight.

“The FBI is continuing to gather facts and will evaluate whether an investigation at the federal level will be pursued,” the FBI said in a statement.

Now the source with knowledge of the incident is speaking exclusively to PEOPLE about Pitt’s side of the story.

Pitt “was drunk, and there was an argument between him and Angelina,” says the source. “There was a parent-child argument which was not handled in the right way and escalated more than it should have.”

The source says Pitt did not hurt his son. “He is emphatic that it did not reach the level of physical abuse, that no one was physically harmed. He did not hit his child in the face in any way. He did not do that; he is emphatic about that. He put his hands on him, yes, because the confrontation was spiraling out of control.”

A source close to Pitt says any accusations beyond that are “a combination of exaggerations and lies”. “They have taken the overall smallest kernel of truth – that a fight got out of hand and reached a regrettable peak, and that as a result DCFS is looking into it – and they are manipulating it to best suit their attempts to gain custody.”

In the petition for divorce Jolie filed on Monday, the actress requested sole physical custody of the couple’s six children – Maddox, 15, Pax, 12, Zahara, 11, Shiloh, 10, and twins Knox and Vivienne, 8.

As for the ongoing DCFS investigation, the source close to Pitt told PEOPLE, “He takes the matter very seriously and says he did not commit any abuse of his children. It’s unfortunate that people involved are continuing to present him in the worst possible light.”

The actor has not seen his children in several days, another source close to the family says, noting that “Angelina and Brad have not been in contact at all” since she filed for divorce.

“I am very saddened by this, but what matters most now is the well being of our kids I kindly ask the press to give them the space they deserve during this challenging time,” Pitt said in a statement to PEOPLE following the divorce filing.

In a separate statement, an attorney for Jolie said, “This decision was made for the health of the family. She will not be commenting at this time, and asks that the family be given their privacy during this difficult time.” 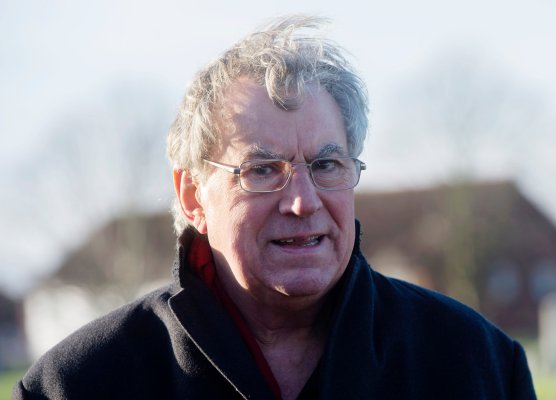