Apple is continuing work on an Internet-connected gadget powered by its Siri voice assistant, according to a new report.

The device, which Bloomberg reports recently entered the prototyping phase, would be a rival to Amazon’s Echo speaker, a surprise hit following its release about two years ago. Amazon has sold about 3 million Echo devices, according to one estimate. Google is also planning a similar device, called Google Home.

Like the Echo, the yet-unnamed Apple gadget would respond to various voice requests. Users might be able to ask it to read the weather report or change the heat setting for an Internet-connected thermostat, for instance. An Apple spokesperson did not immediately return TIME’s request for comment.

Apple’s work on a Siri-connected speaker is yet another sign the world’s largest company sees voice control as the future of computing. The company recently introduced Siri on desktop and laptop computers for the first time, while the assistant is also prominent on Apple’s new wireless AirPod earbuds. At this point, it seems Apple’s strategy is to turn Siri into an ever-present aide accessible across the company’s devices. 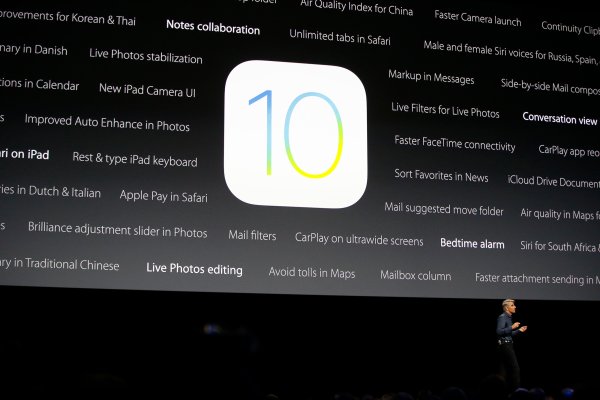 Apple's Messaging Service Is Getting Its Own App Store
Next Up: Editor's Pick