There's No Such Thing as 'Too Much Diversity' on TV

One of the most striking moments at this year’s Emmy Awards came early, when Aziz Ansari and Alan Yang won the Best Comedy Writing prize for an episode of their Netflix series Master of None. The episode, “Parents,” explored how children relate to their immigrant moms and dads, drawing heavily from the real-life experiences of its Indian-American and Taiwanese-American writers.

Less inspiring was what happened next. After Yang gave a heartfelt acceptance speech urging more and better representation for Asian Americans in Hollywood, Ansari—the star and creator of Master of None—got cut off by the orchestra. Then Jimmy Kimmel, the night’s host, retook the stage. “Now there’s almost too much diversity in this show,” he declared.

It was meant to be a joke, but it hit on an uncomfortable truth. Yes, American TV looks and feels more inclusive than ever, thanks to buzzy hits like Empire, which centers on a black family, and Fresh Off the Boat, whose leads are Asian American. But the (white) status quo remains very much in place. On many network shows, minority actors get less screen time than white actors. And when they do speak or act, they often do so in generic or unbelievable ways, as if executives were more concerned with casting a token than creating authentic characters—or empowering writers of color who could.

“Certain people in the industry believe things have changed and everything’s fine,” says Victoria Mahoney, a black director whose credits include Grey’s Anatomy, Queen Sugar and Survivor’s Remorse. “The outliers, we don’t understand what the party is about.”

Consider ABC’s American Housewife, a new comedy from the network that brought us black-ish and Fresh Off the Boat. The show centers on a white suburban woman (played by Katy Mixon) whose two closest friends are a black lesbian (Carly Hughes) and an Asian American (Ali Wong) who spend most of their time—in the pilot, at least—making her feel less self-conscious about her weight. (“You have a great ass … like a couple of ripe cantaloupes,” Wong quips.) Meanwhile, on CBS’s The Great Indoors, a group of diverse millennials gets chided by their white boss for being too “sheltered,” and on NBC’s Timeless, a black adventurer waxes poetic about Michael Jordan.

Is this progress? Absolutely. A decade ago, nonwhite characters on TV were vanishingly rare; now they appear on almost every show. But too often they’re props, existing mostly to support white leads or to directly address race. That’s a shame for minority actors, whose talents are being underutilized, and for viewers, because it makes for bad TV.

The culprit, say many in the industry, lurks behind the camera. Although racial minorities (including Hispanics who identify as white) make up some 38% of America’s population, they represent just 19% of TV directors and 13% of TV writers, according to recent data. And most of them are men. That means TV’s “diverse” characters are often dreamed up by people who don’t share their experiences; as a result, their hijinks ring hollow.

In recent years, some shows have tried to course-correct by hiring “at least one” nonwhite writer, says Wendy Calhoun, a black producer and writer whose credits include Empire and Nashville. But that’s a form of tokenism too, creating an environment in which lone staffers are expected to speak on behalf of entire racial or ethnic groups. “You need to have at least three [nonwhite writers] to start the conversation,” says Calhoun.

There are signs of a sea change, though. The number of nonwhite writers, directors and actors working in TV—albeit small—is still at an all-time high, and it’s expected to increase in coming seasons. And many of this year’s most promising new shows, like Empire, Scandal and Master of None before them, feature ample minority representation, on- and offscreen. Among them: OWN’s Queen Sugar, about siblings who inherit a sugar plantation, and Fox’s Pitch, about the first female pitcher in major league baseball, who happens to be black. Each one marks an opportunity not only to push TV forward but also to shape (and employ) a new generation of creative minds who may well become the next Ansari or Shonda Rhimes.

The onus, then, is on show runners to keep an open mind, and to make the hiring of minority writers a priority. “A great deal of [our success] comes from diversity of perspective,” says Ilene Chaiken, executive producer of Empire, which touts one of network TV’s most inclusive writers’ rooms. Will others follow suit? “The statistics are disheartening,” Chaiken admits. “But I hope [a shift] is happening and we just aren’t perceiving it yet.”

Mahoney, the director, isn’t planning to wait for opportunity. “I’m hitting the pavement now,” she says. “I can’t be mad or preoccupied. I’m going to bash down doors and beg people to meet with me.”

“It takes teamwork to keep the industry moving,” she adds. “Everyone has to go past what’s comfortable.” 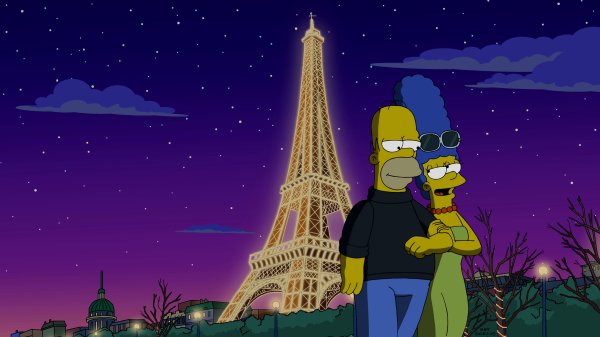 All 600 Episodes of The Simpsons Will Air in a 300-Hour FXX Marathon
Next Up: Editor's Pick