Director Mel Brooks appeared to prank President Barack Obama by pretending to pull down the commander-in-chief’s pants after receiving a national award in the White House on Thursday.

After Obama presented Brooks with the 2015 National Medal of Arts award and hung a medal around his neck, the 90-year-old comedian gestured as if he were about to pants the President, ABC 7 reports. However, some social media users and national media outlets speculated that Brooks could have been pretending to fall over by the weight of the medal.

Either way, the brief moment, which was captured on video, prompted smiles from Obama and laughter from the audience.

Brooks was awarded “for a lifetime of making the world laugh,” the White House said in a statement.

At the end of the ceremony, Obama said Brooks “kind of set the tone for this thing,” adding that is has normally “been a much more staid affair,” according to ABC. 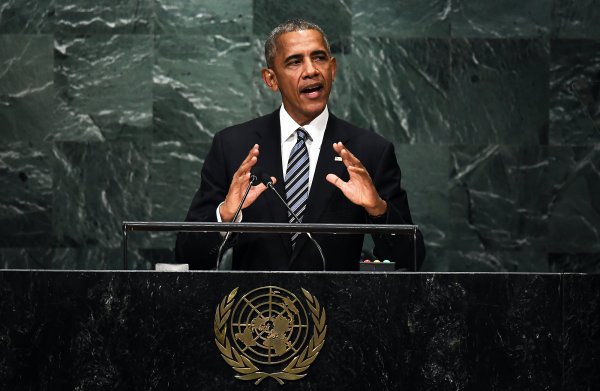